How many times have you wondered if some people got their license out of a cracker jack box? 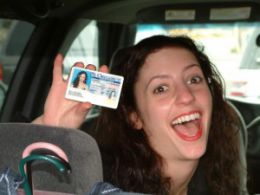 This is logical but I’m sure a lot of legitimate claims are also being made by those who are victims of morons who simply shouldn’t be behind the wheel of a moving vehicle.  I don’t know where some get their license but they either greased the palm of their driving instructor when taking their test or they simply didn’t bother to re-new it when it expired and have forgotten everything they ever learned.  Clearly some people are oblivious of where they are when driving or of what is required of them when they are behind the wheel.

Let me cite some examples of how people must be interpreting their role as a driver:

Clearly people who apply this type of thinking when they are on the road will be the first and the loudest to complain when their insurance premiums increase.

4 thoughts on “Hey man! Where’d you learn to drive?”