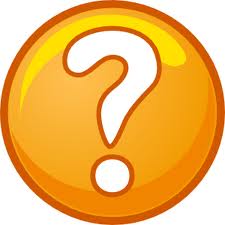 A single mother of two in Great Britain was shocked to learn that her long-time boyfriend and lover was not only NOT a man but a woman who also had a history of child molestation.  Did she learn this secret on her own? No, she had to find out from the police. Honestly, I want to feel badly for this woman especially when she insists that they had sex. Apparently, her boyfriend/secret girlfriend used a customized wooden toilet paper rod during intercourse instead of natural assets, which as it turns out, he/she didn’t possess. The naïve woman, who never saw her lover in the buff, claimed that he/she told her that he had testicular cancer and didn’t want her to see his penis.

Okay, for understanding his penis phobia, I will give her an A+ for being a sensitive and loving companion. However, the boyfriend/girlfriend also wore bandages around his chest to hide his girl breasts. He/she claimed the bandages hid scars inflicted by a former lover.

Did this woman need a truckload of tampons to fall on her?  It’s not like she had no experience. The woman gave birth to two children and unless she is one of those virgin miracles or was unconscious during the conception of both those children, she has no excuse for not seeing the writing on the wall or to be blunt the girl parts instead of the boy parts.

The traumatized woman is coming forward so no other women will have to go through this heart-wrenching pain.  Really? Who knew there was a budding epidemic of lesbian, child molesting women pretending to be men so that they can have relationships with straight women who do not know the difference between a real penis and an adapted toilet paper holder?

Well, as it turns out, this woman might not be getting the compassion and support she craved by going public, but I do hear that there might be a bright future ahead for her anyway. Reality show producers are now shopping a pilot for her entitled “Missing Penis”. Rumor has it that  A&E, the new home for trash TV with shows such as Hoarders, InLaws and Family Bonding, which handcuffs feuding family members together in hopes they get an idea of the challenges they each face (yes, really), is interested in signing up the British victim (no, not really – I made this part up).  Well, even if the reality show doesn’t become a reality, I guarantee that Dancing With The Stars will be knocking at her door next seasonand will have her ready to swing in no time.