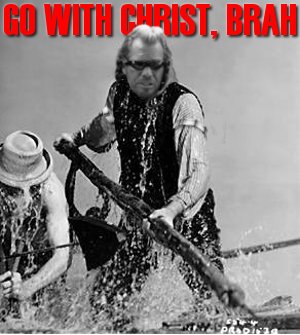 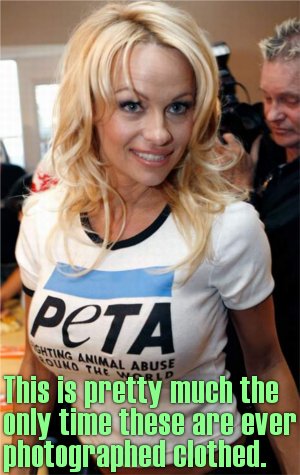 People for the Ethical Treatment of Animals, or PETA, has introduced a lawsuit against Sea World, alleging that the theme park violates killer whales’ 13th Amendment rights. They hope that the U.S. District Court in San Diego will agree and grant the first ever constitutional right to a non-human species since Arkansas was admitted to the Union.

I’ll admit: at first, I was mad. Whales are animals, and how dare PETA speak while dressed! (And how dare they try to tell me Alicia Silverstone’s naked when she’s clearly covering up her nipples and babychute. What is this, women’s rights, too? Pick a side, PETA!)

But, then, I really sat down on a basket of kittens and thought about it, and, well … I think I might agree with PETA on this one. Here’s why:

One of the whales listed in PETA’s suit is Tilikum. If you don’t maintain a tattooed list of animals that have wrong humans on your thighs the way I do, Tilikum is less famous for his backflips and more famous for killing a trainer. Despite over a hundred witnesses, many of which were seated in the “Splash Zone,” the whale walked. (You know what I mean.) 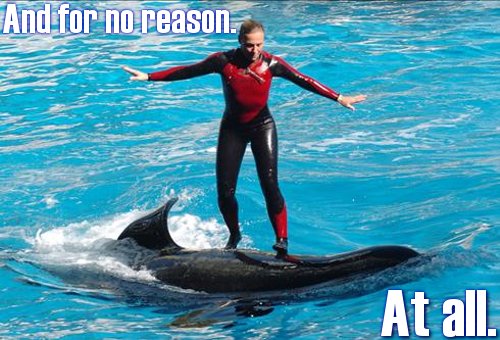 By granting whales their 13th Amendment rights, then it stands to reason that the 14th Amendment would apply to them a well since the first part was a direct overruling of the Dred Scott Supreme Court decision. And that means all the other amendments cannot be denied “to any person within its jurisdiction the equal protection of the laws.” So, once whales are people — which they are assuredly more so than Citibank — then they are officially eligible for trials by juries of their peers.

And should they try to run (yeah, yeah) to their precious international waters?

If the Moby Dick taught me anything, it’s that the U.S. once had an economy, and that economy was whale oil.

Obviously, I’m not saying we should return to a time when nighttime reading ended once your lamp burns out and not after that next “Tyrion” chapter. Obviously. (Come on, guys. Get your heads out of your asses.)

The point is that Ahab was able to track down one specific whale at a time when there were millions of them. If a 19th Century disabled smoker could do that, imagine what today’s underemployed whale hunter could accomplish, what with our satellites and relative dearth of whooping-cough cases. Not a single cetacean offender would be able to escape the long, wet arm of our law.

Logically, this leads to …

Ladies and gentlemen, I give you Dog the Whale Bounty Hunter.

Dog does what he does best: have enough children with his huge-tittied wife to man an entire whaling boat. And once they start hunting fugitive whales, this will lead to confrontations with Sea Shepherd, the anti-whaling group from Whale Wars who are supported by who? PETA.

So, if PETA wins, Sea Shepherd gets maced. I think we can all agree with this.

One thought on “The Constitutionality of Whales”