A middle-aged, single man was found dead in his home in a remote part of Liberal, Kansas.  It appears the deceased, Homer Glickman, froze to death as a result of a blistering snow storm that spent several days in the southwestern part of the state.  The advance of this deadly storm was broadcasted over all of the local media sources days before.  People were warned that there might be power outages and that they should take all necessary precautions.   But it appears that Homer’s reluctance to respond to these media alerts was a factor that was expressed in this bumper sticker  found on his 1992 Suburban. 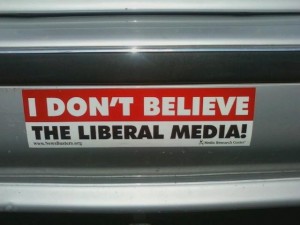 Homer was found frozen stiff in his lounge chair with a beer and cigarettes on an end table nearby.  The TV was broadcasting the GOP primary debates on FOX and a copy of Ayn Rand’s “Atlas Shrugged” was found clutched in his right hand.  He was apparently trying to keep himself warm with a thick layered “Don’t Tread on Me” flag that appeared to be made from the tanned hides of squirrels.

5 thoughts on “Death by Ignorance”