In my ongoing attempt to remove the so-called music of Bon Jovi from the realm of consciousness, I arranged to meet up with some like-minded musicians to record a song that wouldn’t raise awareness for the excuse of a band that has become the bane of my existence. Thirsty Dave asked if he could come along and that created its own set of problems. If I was to describe the thirsty one in one word, it would be ‘a dude who puts away copious amounts of alcohol and doesn’t get on with anyone except barmen’. It’s not that he doesn’t like people, it’s just that he doesn’t like people who aren’t barmen. The major stumbling block with bringing him along was the minor issue of him being about as musical as a bagpipe playing cat with respiratory acidosis. I told the band that he had played on a record before and asked if he could come along: 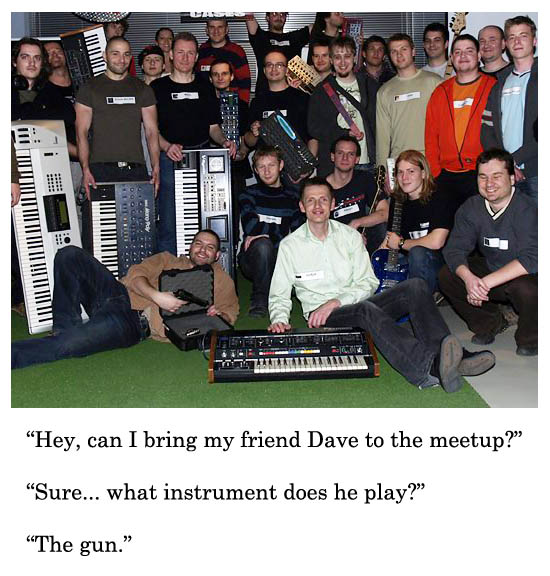 6 thoughts on “Thirsty Dave and the deadly musical instrument”