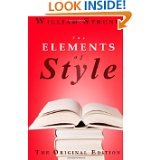 An open letter to the grammar gurus who somehow managed to take a simple rule of possession (apostrophe possession—not demonic possession) and turn it into the most annoying grammar rule known to humankind.  I give you the now accepted and really asinine rule for showing possession for nouns that end in s.

I am giving you fair warning that a revolution is upon you. It used to be that when one wanted to show possession for a noun ending in s, one would write something like this:  Charles’ book or Charles’ dog.  Although we happily added that simple apostrophe to the s-ending word, we knew that skulking in the background was a pretentious grammar movement comprised most likely of frustrated English professors who never had a word published in their lives who wanted to advance their own possession format for no other reason than to be a pain in the “S”.  Suddenly, they insisted that possession be shown:  Charles’s book and Charles’s dog. However, many writers (those in their “write” minds–sorry, I couldn’t resist) said that the latter possessive was clumsy and weird looking, and they stood firm in its usage even though the Bible on writing, William Strunk’s The Elements of Style declared the s’s to be a correct possessive alternative.

Here is my blasphemous comment: Strunk must have been drunk to declare the s’s valid when he wrote that chapter on possession or maybe–just maybe–demonic possession did play a hand in this after all.

Anyway, this is my stance:  I will neither adapt to this policy nor endorse it, and I will only recognize the now less official and old-fashioned plain s’ notation.  Why am I being so stubborn? Because the s’s makes no sense and someone has to bring sense to this world.  For the record, I let a lot of stupid grammar things slide through the years.  I did not go ballistic when the word ain’t was added to the dictionary to appease those who would not learn grammar.  I did not petition the recording industry when music artists insisted on writing songs filled with with double negatives such as “Ain’t No Mountain High Enough”.  I did not even cry out in anguish when some schools wanted to make “Ebonics” a language. Hey, when there is an ambassador sitting in the UN from Ebonia, we can talk about making it a language. Until then, learn grammar!

I know I am not a grammar queen, but quite frankly, in humor one has to let grammar go for the sake of cadence, jokes, etc.  However, this possession thing has me riled up and makes me want to throw up especially when I know that prestigious publications such as  The New York Times use the s’s notation in their style format.  I come from a print newspaper background where the least number of characters was the way to go for any article. Alas, that was a time when newspapers were short on print space because they had to make room for all the advertisers. I guess in today’s world, newspapers could adopt an s’s’s’s’s on every possession and still have room for advertisers. (Yes, that is a cheap shot on how newspapers can’t compete with the internet anymore.)

So, this is my pledge:  I am going to  find the secret society which is behind all grammar trends (I think it’s the same people behind the DaVinci Code), and then I will file a petition. I invite all of you who believe in my cause to sign it as well. In the meantime, please understand that if you send me any writing piece that includes an s’s possession format, I will change it back to the s’  Am I a rebel?  Yep, but someone has to stop the madness; unfortunately, that someone might be me.

11 thoughts on “It Might Just Be Demonic Possession After All”