I don’t remember much at all about my grade school years. I’m not sure how anyone could remember detailed events from their Wonder Years. However, I do remember at least two brief episodes.

I went to a fairly strict Catholic grade school and as part of the regimented events of the day there were scheduled bathroom breaks.  One day after my third grade class came back to the room after one of our trips to the lavatory I realized that I then had to defecate.

I raised my hand and asked if I could go to the restroom.  “Well didn’t you just go?” asked the nun. My timid answer was, “Yes.” The nun then responded, “Well what’s wrong boy? Do your bowels have to move?”  Believe it or not I had no idea what that meant. I stammered for a moment and said, “Uh, bowels have to move, uh no.” The nun retorted, “Well then be still boy.”

I asked the kid next to me, “Hey Mike, what does it mean when your bowels have to move?” He leaned over and whispered. “It means ya gotta take a sh*t.”  So, armed with this new information I raised my hand and said, “Sister, my bowels have to move.”

The nun in a very irritated fashion asked, “Well why didn’t you say that when I asked?” My reply simply was, “I didn’t know that it meant you had to take a sh*t.” Upon me saying that the entire class erupted into laughter.  The nun angrily shouted, “Go ahead and gooooo boy!” 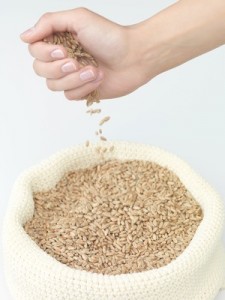 About a year or two later I somehow was drafted as a student volunteer to work a paper drive.  My job was basically to help people unload their cars and then to stack the paper neatly into a large truck trailer.

During my shift somebody had noticed a certain pornographic magazine in the trailer as they were dropping off old newspapers and subsequently reported it. By the time the nuns had made their way down to the trailer to investigate the situation my shift was over and I was gone. I don’t need to tell you the salacious periodical was also gone, I mean, it was my duty to remove this unsavory material from the sacred church grounds.

The next day I was interrogated in the hallway. The nun pressed me up against the wall as she ruthlessly pinched my cheeks with her boney fingers. In a very low and stern voice she murmured, “Now you listen to me, boy. Did you take that magazine home and spill your seeds?”  Believe it or not I had no idea what that meant. I stammered for a moment and said, “Uh, spill my seeds, um; I’m pretty sure I didn’t.”

The nun responded back in a disbelieving tone and with a scornful smirk on her face, “Well if you don’t know maybe you had better make plans to confess your sins.” She shoved me around and toward the class room as she bellowed, “Go ahead and gooooo boy!”

I went back to my class and I must say it was a long time before I figured that one out. Of course it eventually became well known to me.  Ah yes, to be young again and to have to be careful about spilling my seeds. Nowadays such an action requires a great deal of effort.

Those events made me wonder about two things. First, why were my teachers so concerned about bodily excretions? Second, being that ejaculating for any purpose other than procreation is a sin, does it follow then that if urinating felt as good as ejaculating would urinating when you really didn’t have to be a sin?

(Yes, it is no wonder that I have never really amounted to anything.)

I can tell you this for what it is worth. The other day I was stuck in traffic a long time after drinking two large soft drinks, you know, the mega-size ones that are prohibited in some cities.  By the time I arrived home and was able to relieve myself it was almost as good as sinning.

That’s about as bad as the depravity gets these days.