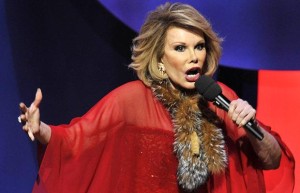 Six and a half years ago I was looking at an ad in the paper for the local performing arts center.  I was seeing if there were any classes for my two-year-old son.  That’s when I saw an ad for an adult stand-up comedy class.  Stand-up had always been a secret passion, a put it-on-my-bucket-list type of thing, but I never thought I had the chops to do it. I also have a neurological condition called Essential Tremor which causes me to shake on a good day, much less while I am literally in the hot spotlight.  However, after two years of stay-at-home Mommy duty I began to see that life and freedom were indeed fleeting.  I signed up, manned up and buckled up for what would be the biggest turning point in my professional life.

I was hooked the moment my trembling hand took the mic. In the past 6 years I have moved from newbie, to open micer, to feature comic, to running my own room.  I have learned how to write and deliver jokes, all while keeping a steady hand.  When I saw the contest to learn from Joan Rivers, I jumped at it.  There is no real school for comedians, no college or degree programs, but if I could win this contest I would learn from the master.  Joan is the epitome of a woman comic not letting any barriers get her down.  She has flourished in a crazy business despite both personal and professional set-backs.  Her wit is as razor sharp now as it was in the 60’s.  You can vote for me daily at http://www.wetv.com/joan-knows-comedy-contest/browse/detail/2215426201001.   Any and all votes would be appreciated!