Skip to content
Recent Humor
My Dark Horse Run for the Bad Sex in Fiction Award
“And You Will Know My Name Is The Lord When I Lay My Vengeance Upon Thee” He-The-Man…
As Boston Re-Opens, Some Fear “New Affability” Will Cause Virus Surge
Discovering My Incredible Genetic History
Chess be like…

Remember that “bubble test” they used to have for grade schoolers? It was a folded piece of cardboard that you’d slip a piece of paper into. There were horizontal rows of holes cut into the cardboard, and above the holes were a pair of numbers. You’d do whatever calculation was required and write the answer inside the hole. So, for example, if it was an addition test and the numbers were 3 and 2, you’d grab your pencil and write 6 inside the circle.

Student testing is getting so much more complex. And so many people are involved. I recently read about a new standardized test that kids will take on the computer. Created by a consortium of 23 states, the test is being criticized by teachers, parents, and Republican lawmakers. This is the question that has Republicans hopping mad: 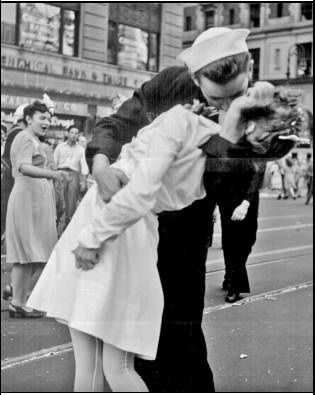 Question 10: Is this photo:
1) A celebration of the end of World War II?
2) A Saint Patrick’s Day Parade gone wrong?
3) The first documented case of sexual assault in the military, a problem that still plagues us today?

Students who note the chokehold and realize that the guy never asked permission (“I just grabbed her”) will know that the correct answer is #3.

I think we should just hand education back to the teachers. That worked for the kids in my generation.