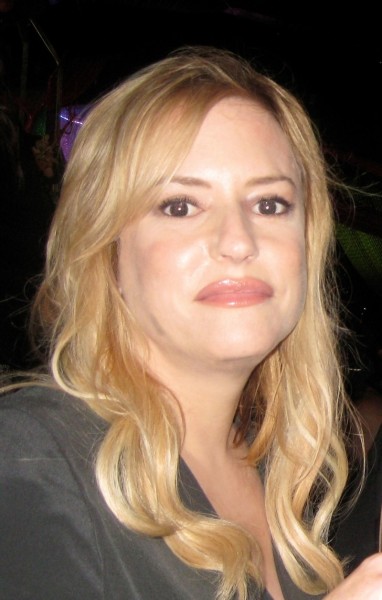 Best known for her work on Family Guy, American Dad and The Cleveland Show, Kara Vallow is a multifaceted producer having created critically acclaimed series and award-winning animation.  Nominated for five Emmys, Vallow was at one time responsible for three half hours of programming on Sunday nights. Recognized as Family Guy creator Seth MacFarlane’s long time producing partner, Vallow is currently producing animated content for the upcoming series, Cosmos: A SpaceTime Odyssey for which she also developed the animation style. Cosmos premieres on Sunday, March 9th on FOX and will be simulcast on other FOX-owned stations as well.  I was fortunate enough to interview Kara who is also part of our HumorOutcasts.com family. 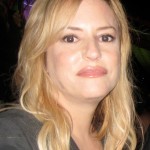 1. Tell me about Cosmos?  How long has it taken to bring it to life? We know that Carl Sagan hosted the original Cosmos which premiered more than 30 years ago, but how did this new chapter of the series come about and how did you become involved in this project?

Seth had been working on bringing Cosmos back for a few years, with Ann Druyan, Carl’s Sagan’s widow who was also a creator and writer on the original Cosmos series. When Seth asked me to create animation for Cosmos – about a year and a half ago –  I initially turned him down because I honestly didn’t think I could do the material justice. The sheer scope and ambition of Cosmos was overwhelming to me. And working for Ann was intimidating – Carl Sagan still has a super-human like stature in my mind.

In the original series, the narrative portions were told via live action historical reenactments. With neither the time nor the budget for that, it was Seth’s idea to try it in animation. He asked me to develop a style of animation that would serve as these narrative portions.

2. I would think that technology advances will make this series a multi-media event?  What type of media is used to bring the Cosmos to life?

Every type of digital medium was used. For my part, I chose a digital rather than a “traditional” – animation pipeline. I’m not really drawn to 3D animation or CG, but there are prohibitive costs and time frames with hand-drawn animation. We used digitally-enhanced photographs in Photoshop and brought the characters to life by using the animation and graphics program called After Effects. 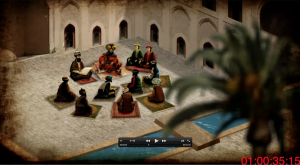 3. I would think your work is painstakingly difficult.  Can you tell us some of what it  entailed for you?

The most difficult part of working on Cosmos for me was figuring out how to create a unique mode of scientific storytelling as well as reinventing celebrated elements of the original series. The narrative was going to include profound scientific concepts that needed to be presented with clarity, and the audience needs to understand what you are telling them, first and foremost. 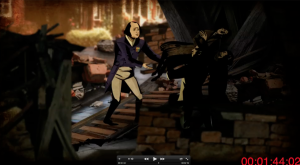 4. With Seth MacFarlane and the Director of the American Museum of Natural History’s Hayden Planetarium, Neil deGrasse at the helm, I would think this show encompasses both science and entertainment in a bold new way. Is this dovetailing hard to accomplish? Did you have to approach this work differently than you do your work with Family Guy and American Dad?  Did you have to learn more of the science aspect or was it something in which you already had an interest that guided you?

The original Cosmos series had a huge impact on me. Sagan was throwing down the gauntlet, making it clear that the journey you were about to take could not be confined by the rigors of science alone. The scale of the cosmos is such that you must allow your own thinking to expand accordingly to fully appreciate where we were about to go. I’d never seen anything like it, and it changed my life in a myriad of ways. There were no similarities to working on Family Guy and American Dad other than being expert at producing episodic television. If there is one thing I know how to do, it’s to create a lot of material in a short amount of time.

5. Being that is a combination science and entertainment, what kind of reaction do you want from your audience?  I know that is an odd question, but do you want to dazzle them with visuals or do you hope the show brings back the love of space that so many lost over the years?  What would be your dream reaction to Cosmos be?

I remember watching the original series — and how it showed how infinitesimally tiny we are in the overall universe but that it made us precious. That ability, to convey wonder, is a tremendous skill. When it’s successful, it adheres to that profound dictum “the wise man knows how little he knows”. That is what I hope to bring to the viewers.The original Cosmos was designed to effectively communicate the best science available at the time to the average human; it was enormously successful. I think Neil will keep Carl Sagan’s spirit of wonder found in the original Cosmos series alive, bringing it up to date with today’s science.