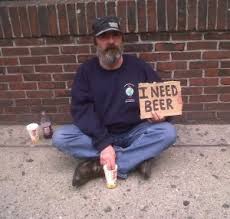 BOSTON.  For many years Marty “Slats” Carbone ruled as King of Church Green, an intersection where three streets converge near South Station in Boston.  “I had a good life,” he says.  “I was the ruler […]

I’ve been channeling Ellas McDaniel–better known by his stage name, Bo Diddley–for so long that I didn’t realize I’d been transformed into him until I arrived at the coffee shop across from my train station […]

For most of the 20th century, the poetry world resembled a country club. The New York Times Book Review It was a Sunday afternoon, and I just wanted to get out of the damn house. […]

Since the promulgation of the Uniform Anatomical Gift Act, the practice of giving–and receiving–bodily organs as gifts has exploded. I don’t mean the organs have exploded, because most of them have not, thanks to rigorous […]

It was a steamy summer three decades ago. I was working for the federal government at a scandal-plagued agency alongside a veteran bureaucrat named Fred. Fred wasn’t going any higher on the org chart, but […]

MAYNARD, Mass.  Anthony “Big Tony” Scalzi, a rough-looking man who wears a sleeveless denim jacket and rides a motorcycle, doesn’t fit the stereotypical image of a poet, but that’s okay with him.  “Frankly, I couldn’t give […]

WATERTOWN, Mass.  Spiro “Patsy” Theokratis has been the owner-operator of a railroad car diner in this near suburb of Boston for over forty years, but he can still remember the first dollar he made the day he opened […]

An Indian chief on the Northwest Coast was named  Unable-to-Fornicate. Private correspondence of H.L. Davis to H.L. Mencken, cited in The  American Language, 1937 edition. “Maybe  if we put on some Marvin Gaye . . […]

As it finally hit me that the United States had defeated Japan to win their first women’s World Cup since 1999, I knew where I had to go; out into the streets of my neighborhood to celebrate […]