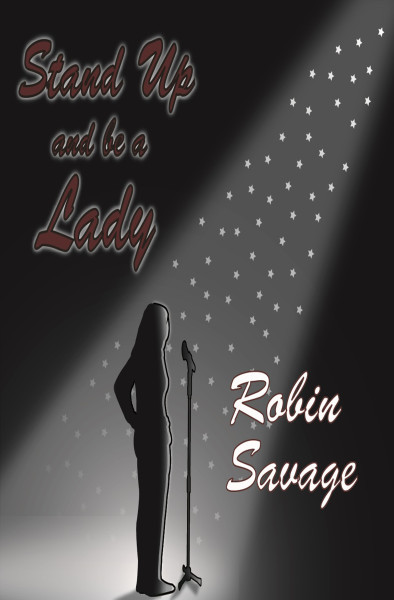 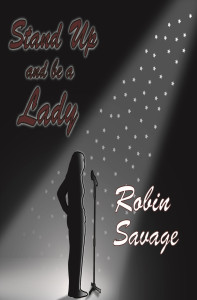 Stand Up and be a Lady was recently published by HumorOutcasts Press, and Robin Savage is making quite an impression. We thought we would introduce our readers to Robin so they can get to know her, her comedy, what influences her work and what makes her laugh.  You can also check out Robin’s author page with all this info and links to Amazon.com where her book is available in print and kindle format

Tell us about Robin Savage?  Where were you born and how did you wind up in Florida?

I was originally born in Kansas, but my parents moved to Missouri when I was 5.  I lived in the small town of Savannah, MO until the age of 20 when I moved to Kansas City, MO.  While in KC, I met a coworker with prettiest blue eyes I had ever seen, he and I moved to FL, got married and had two children. The four of us all currently reside in Tampa, FL!


You have held many traditional jobs, how did your work in the corporate world prepare you for stand up?

I had to de-program my language after being a coporate trainer for so many years.  I was taught to speak in a strictly factual way that didn’t cause your audience to know your personal opinion on a subject.  That is in sharp contrast to stand-up comedy.  Stand up isn’t about political correctness or using words that wont offend anyone.  I had to learn that if I put my point of view out to the world, not everyone is going to like it or agree with it. I am ok with that now, but it took me awhile to get there.


When you finally decided to make comedy such a big part of your life, how did family and friends react? Did anyone ever say, “Don’t use me in your act?”

It is always a balancing act in comedy, especially with having kids.  My family is very 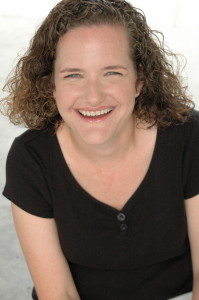 supportive of my  comedy, but I do have to know when to pull back sometimes.  That is one advantage of writing this book over performing comedy, I could write in the privacy of my own living room. Although I did try performing there once, tough crowd, with tiny hecklers.

No one has ever asked me not to use them in my act, usually it is the opposite, I have friends who will tell me about something funny that happend to them and then suggest that I use it in my act.


What is the source of your material and how often do you have to write new material for appearances?  Best gig?  Worst gig?

Having children gives one a lot of fodder for material.  I also incorporate being from the Midwest and just the absurdity of  life in general in my act.  I have had my share of bad gigs.  I think the worst are the ones when the crowd isn’t paying attention or they are too noisy.  I have only had one really bad heckling experience, it was in a casino in Iowa.  Another comedian later told me that sometimes people go to the comedy shows in casinos because they may have lost money that night, especially if the show is free.  It made sense.  Losing a chunk of cheddar would put anyone in a foul mood.

I think one of my best gigs was when I went back to Missouri and performed to a packed house in my hometown.  It was nerve wracking at first. The thought of bombing around people I had grown up with was horrifying, fortunately that didn’t happen,   It was a fantastic night!


Your book is so honest and funny. You talk about your family, your comedy career and your struggles living with Essential Tremor.  Was it difficult for you to be so candid knowing people you don’t know will be reading about you or are you used to that doing stand up comedy?

I was more worried about the reaction to people who do know me,rather than strangers. I was concerned about the responses of my friends and family, but so far the feedback has been positive.


What inspired you to write this book?

I have always wanted to write a book even before getting into comedy.  The first David Sedaris book I ever read we  “Me Talk Pretty One Day” and  I remember loving the essay style of his books.  I thought if I ever did write a book, that I would write in that form rather than being linear in my writing.  I had been writing jokes for so long, but there were some subjects that I wanted to expand upon, so I decided  to finally sit down and write a book.


Tell us about the work of Essential Tremor in that a portion of the royalties is going to the foundation?

Essential Tremor is a neurological disorder that causes one to shake. I have it my hands, but some people have it their head and voice. Katherine Hepburn had it in her very distinctive voice.  Many people dont know what Essential Tremor is.  It gets interpreted as anxiety, “nerves” or worse, sometimes people will assume the shaking is from drug or alcohol abuse.

There was a time in my life, as a kid, that I felt truly alone with this affliction.  Once I got older, saw a neurologist and researched it, I realize that I am indeed not alone.  My goal is really to raise awareness. Finding a cure would be great, but that is for the doctors and scientists to figure out.  My job is to let others know that it exists and if they do have it that they are in great company.

The work that the International Essential Tremor Foundation is doing is amazing!  They do both, they work for neurological research as well as lending support for those who have it.  They have many regional support groups as well as an online presence.