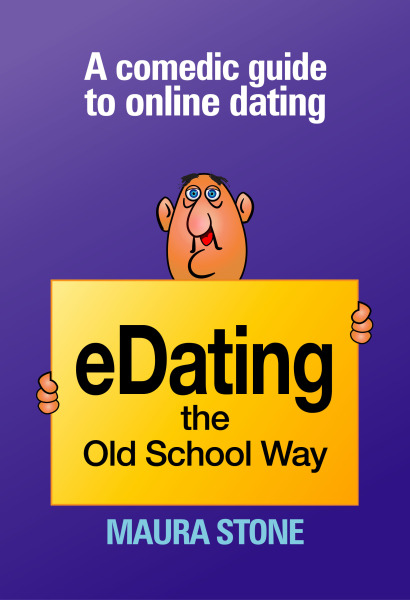 Today, we bring you our second round of HO Press-ShorehouseBooks releases. They all make great holiday gifts so take a peek at the work of these very talented authors!

A Walking Shadow – the sequel to The Evil That Men Do is the latest from the writing team of Deborah Fezelle and Sherry Yanow. A Walking Shadow places Nick McDeare, renowned mystery writer and investigative reporter, in the crosshairs of danger. Nick is engaged to marry Broadway star Jessie Kendle New Year’s Eve. But when Nick discovers the sociopath father of Jessie’s son Anthony faked his own death and is conspiring with a Mafia don to kidnap the boy, he races against time to save him. To protect her, Nick keeps Jessie in the dark, a decision he will regret, even as Jessie deals with ominous backstage sabotage from a shocking source. Mysteries multiply within mysteries against the glittering Broadway backdrop. Before it’s over, the spirit of Nick’s brother, a rescue dog, and a NYPD detective all merge with Nick and Jessie in a deadly climax to rescue Anthony from the shadows. But no one is safe–not even when you think it’s over … 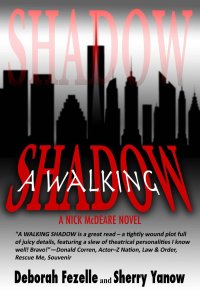 An Incurable Disease: Memories, Observations and Ravings from a Baby Boomer Cub Fan by Frank Mucci – There is no cure for what I have, but I’ve discovered ways to deal with it and first and foremost living as a Cub fan requires the ability to laugh it off—to look at the absurdity of it all and somehow enjoy it. Sure I get mad and frustrated and disgusted at how bad the Cubs (and our luck) have been through the half-century I have loved them, but I also cherish every bit of their history—as awful as much of it is. And you have to admit it Cub fans, once you accept the fact that you’ve spent your life rooting for a team that is synonymous with losing and you peel away all the layers of disappointment and frustration, there’s some pretty funny shit in there. Enjoy the shit! 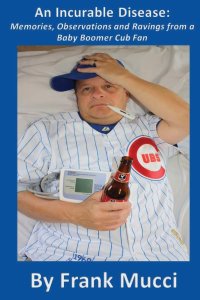 A Walk’s As Good As A Hit by Jamie Reidy  “A Walk’s As Good As A Hit” is a collection of hilarious and occasionally poignant essays about a son’s attempts to avoid becoming his father. With wit and candor, the author tackles timeless topics – grades, girls, family vacations – of family discord. Eventually, Reidy realizes becoming his old man isn’t the worst thing that can happen to him. 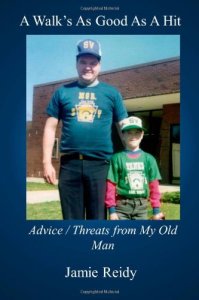 Stand Up and be a Lady from talented comic Robin Savage – Stand Up and Be A Lady is a book of essays and short stories written by Robin Savage that range from personal experiences of performing stand up comedy in non-traditional places such as art galleries and nudist resorts to dealing with unidentified excrement on a grocery store floor while shopping with her children. Robin also brings her alter egos, Cathy Gainer and Sienna into the mix in this ever-changing 16 chapters of comedy and weirdness. A portion of the royalties will be donated to the International Essential Tremor Foundation. 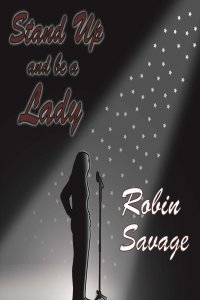 Unexpected Performance by Robert Sneed – UNEXPECTED PERFORMANCE explores the experiences of D.J. Cuddles, an audio host at Benburger Museum, the home of the late George and Beatrice Benburger. The story takes place during the Christmas season giving insight into the life of the Benburger family during the Hanging of the Greens ceremony. Becoming bored with the daily Christmas offerings of music at the museum,D.J, and co-worker Lily Bejon come up with the brilliant idea of creating a Segway PT unit ballet to be performed during Twelfth Night Festival. After much preparation and training, the performance night arrives only to be interrupted just before the ballet is to begin creating an unexpected performance. 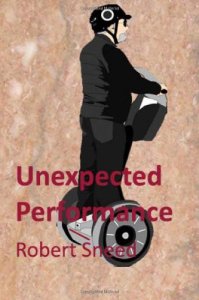 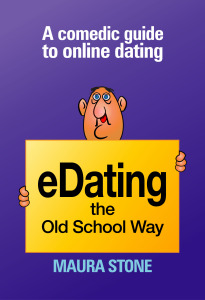