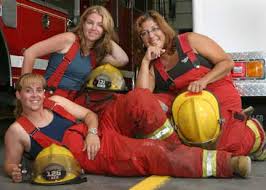 LADUE, Missouri. In this fashionable suburb of St. Louis, a fashion faux pas can set a woman’s advancement back years, even decades, according to local social historians. “Eloise Buchter wore open-toed shoes to a winter gala in 1917,” notes Sandra Day-Sneff, author of a three-volume history of the Veiled Prophet Ball, the area’s premier debutante event. “Her great-great-great grandaughter hopes to make the list in 2016.”

Emergency Beauty Technicians: They look bad so you can look good.

The consequences of a dress or cosmetics miscue are so severe that county government took a look at the problem three years ago, concerned that the loss of woman-hours at work and out-migration by eligible bachelors to growing marketplaces such as Springfield, Missouri, had put their region at a disadvantage. “If a woman dresses in the dark and puts on dark hose with light shoes, she’s going to have to go home unless she has an extra pair of pumps in her desk drawer,” says Chamber of Commerce President Gerald “Jerry” Gardenkas. “It’s no wonder we’re losing population.” 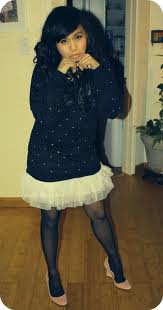 Don’t tell me, let me guess: You dressed in the dark, right?

The solution, supported by city managers in the suburban ring around the city’s core, was a highly-trained squad of Emergency Beauty Technicians–EBTs for short–who perform the same function in the realm of fashion that Emergency Medical Technicians are responsible for in the public health sector. 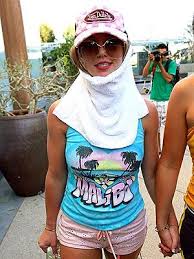 “You’ve got a sore throat. You’re Lawrence of Arabia. It’s a nose napkin–I give up!”

“Say you spot a woman in the breakdown lane because she came too close when she tried to match pink with red,” says Stacy Weinraub, a veteran of the force who has one of the first EBTs in the country. “We can give her a blue or white blouse and she’ll be on her way.”

Stacy and partner Adrianna Healy are cruising this morning on Interstate-70, the highway that crosses the state at its waistline, when they spot a woman applying make-up in her rear-view mirror.

“Let’s roll,” says Weinraub, and Healy flips on the siren and the emergency flasher, causing traffic to pull over as they make their way to the damsel in distress.

“You’ll have thick, lustrous lashes in just a second!”

The driver, Nancy Miscalino, a receptionist at a dentist’s office, slows down, then stops when she realizes the ambulance is approaching to assist her.

“What did I do?” she says as the crack team of beauty repairwomen spring into action.

“Get the Eyelash Curler of Life,” Weinraub barks at her partner, “STAT!”

“I’m on it,” Healy says as she grabs a metal object from the back doors of the van.

The two wield the unwieldy apparatus to apply blusher to Miscalino’s upper cheekbones, then groom her eyelashes with heavy-duty mascara, giving her precious seconds to spare when she walks into work late–as usual–ten minutes from now. 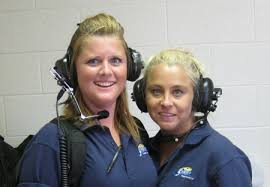 “Thanks–you guys saved my life!” the perky brunette says as the EBTs pack up their equipment.

“All in a day’s work,” says Weinraub. “Try to be more careful next time.”

“Does this seat belt make me look fat?”