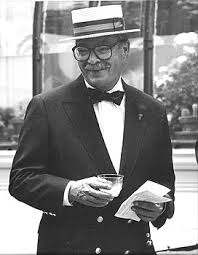 A Friday afternoon in August and, like a lot of other paper-shufflers in Boston, I sneak out of the office for the 4:30 train from South Station.  I’m just about to settle into my seat when I notice the Old Curmudgeon, who usually drives into work–the better to burn fossil fuels and hasten the end of life on earth as we know it–in the double-facing seat across from me.

“Hey there, Bink,” I say to him as I plop down; it’s too late to escape, so I might as well be sociable.  Might be worth some money in December when the Old Bulls of the firm–of whom Bink is a member in good standing–divvy up our obscene profits. “I thought you drove into work.”

“I usually do,” Bink says, and there’s no hint of conviviality in his voice. “The kids are home from college so Sarah’s driving the Volvo and Todd’s probably wrecked the Land Rover by now.”

I do a quick mental calculus: three car garage, Der Binkster has three cars.  What about the third?

“Don’t you usually drive the Jag-you-are?” I ask, laying on the British accent like peanut butter on a PBJ. 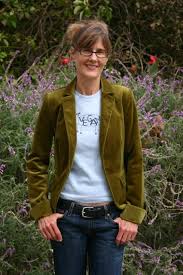 Sarah:  A vegan so skinny she has to pass a place twice to make a shadow.

“Oh,” I say.  Must be a major upheaval in Home Economics for the family routine to be disrupted so drastically.  “Garden Club . . . or bridge?”

“She’s sore at me,” he says as he tries to hide behind his Wall Street Journal–The Daily Diary of the American Dream.  “Said she needed some time to herself.  To think about . . . things.”  So there’s Trouble in Paradise.

“Yesterday was her birthday,” Bink says as he skips over the editorial page and heads straight for the stock tables.  Nobody’s going to outwork Bink.

Bink lowers his paper and gives me a look that’s a cry for masculine empathy.  “I was meaning to get her something . . .”

“Ouch,” I say.  “But there’s the florist on the first floor,” I say, referring to the price gouger who lives a life of luxury off of chumps like Bink who need to pick up something on their way home from work on birthdays, Mother’s Day, anniversaries and Valentine’s Day.

“That son of a bitch wanted $200 for a dozen red roses!” Bink says, looking for all the world like an impoverished stage witness at an Elizabeth Warren Congressional hearing.

“No, and now I’m in the doghouse,” he says ruefully.  The car fills up and, after a last-minute rush of latecomers is horded into our car, the last in the train set, we begin to move.

“Looks like you’re in for a rough time,” I say, and I know whereof I speak.  Just try to save money by going to the town dump and bringing home a perfectly good Scandinavian dish rack that would set you back $80 at a fancy home furnishings store, and you’ll dine on hot tongue and cold shoulder all weekend.  “You may have to do something, you know, extraordinary to wriggle out of the Houdini-like bind you’re in.”

“What would you suggest?” he asks with a skeptical look on his face, his head cocked to one side like a parakeet, as if I’m the last person in the world who could come up with a solution to his predicament. 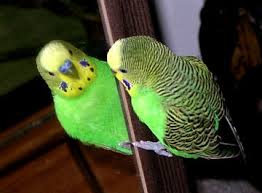 “Well, you could go down on her,” I say.  I make like I’m checking my phone for messages, but I sneek a peak over the top of my glass frames to see Bink’s reaction.

“What did you say?” Bink asks, his voice lowered to a whisper appropriate for the Catholic confessionals I used to visit once a month to cleanse my soul of impure thoughts, words and deeds.

“He said you might have to go down on your wife,” a young woman who’s reading D.H. Lawrence says from across the aisle.

“Thanks,” I say, but I don’t mean it.  I’m perfectly capable of giving the senior partner from my firm tips on the Way to Win a Woman’s Heart.

Bink is . . . stunned, like a steer hit in the head with a mallet as it enters the slaughterhouse.

“Muff-diving,” says a woman who’s busy with a Find-A-Word puzzle book, without looking up.

“Carpet munching,” says another, a loquacious grandmotherly type who sits with a regular group of friends and shares the mundane details of her life and her family with all those around her in a loud voice each way, every day.

“Sushi,” says a Goth-looking girl with a rose tattoo on one shoulder, and another of a little flock of birds flying over the other one.

“Is that . . . legal?” Bink asks as he glances over one shoulder.  MBTA conductors are empowered to make arrests to protect public safety or to prevent imminent civil disorder, so you have to be careful.

“Technically no,” I say.  “We still have a sodomy law on the books, but it’s unenforceable after Lawrence vs. Texas.  Remember what I told you about Jelly Roll Morton?” 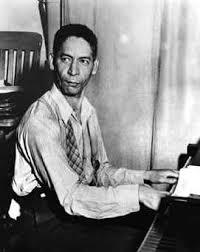 “Actually, he was Creole.  You and I discussed him at the beginning of the summer.  His unexpurgated version of Winin’ Boy Blues is in the Smithsonian Institution.”

“I seem to recall something about it,” Bink says, staring out the window.

“Surely you can’t forget the deathless line ‘Salivate your pussy ’til my’ . . .”  The conductor comes over the loudspeaker to announce the stops, and asks that passengers get their tickets or money out for inspection, collection or rejection.

“You say it’s in the Smithsonian?” Bink asks, relieved that the interruption has spared him the embarrassment of hearing the entire verse.  My singing has that effect on people.

“You betcha,” I say.  “It’s probably the best value we’ll ever get for our taxes, worth a whole lot more than foreign aid to Third World kleptocrats.”

That doesn’t seem to assuage Bink’s brain, the highly-developed product of three centuries of Puritan inbreeding.  “I don’t think she’d be comfortable with . . . uh . . whatever you call it,” he says after a moment’s consideration.  About as long as the batting of a hummingbird’s eyelash. 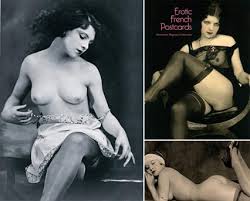 My stars and garters!

“Oh, yes she would!” the grandmotherly type says, and the Goth girl and Ms. Find-a-Word concur.

The great weight of consensus causes Bink to relent, but still, he seems . . . uneasy.

“Woman’s gotta have it,” I say, quoting the recently-departed social philosopher Bobby Womack.  “You . . . of course recall ‘I Want a Hot Dog for My Roll’–don’t you?” I ask. 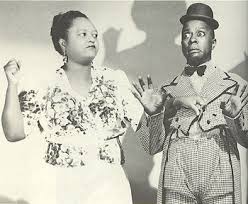 “Yes,” Bink says.  “I think I recall you saying something about . . . Butterbeans & Susie.”  There is nothing so gratifying to an educator as the sight of a student who’s been struggling but finally “gets it” and masters the fundamental building blocks of a discipline.

“Then you’re probably ready to learn about The Boy in the Boat,” I said.

“What’s a boy in a boat got to do with Meg and I?”  I felt like correcting Bink, but like so many upper-crust types, he has a deathly fear of using “me” and other objective case pronouns, which of course was called for by the prepositional phrase.

“I don’t need all the ethnomusicology.  How does it work?”

Bink was all ears.  Well, maybe part nose, mouth and goofy black eyeglasses, but you know what I mean.

“And the boat, well, that’s another, less sensitive organ, but it’s one men tend to focus on.”

I could see Bink wanted to whip out his–fooled you!–notebook.  He used to say to me when I was just a tyro, a neophyte to his heirophant, to always take copious notes: if they didn’t mean anything to you later, at least you looked like you were paying attention.

“Auburndale,” the conductor announced, and Bink started to get up.  “Well, this has all been most helpful!” he said as he folded his newspaper into his briefcase.  “Thank you,” he said with a wry little smile to me, “and thank you, ladies.”

Our three fellow passengers assured him they would have done the same thing for any elderly man who discussed his sex life on an outbound commuter train, and wished him well.

“You getting off here?” I asked.  “Because if you go two more stops I can give you a ride home.”

“Thanks,” Bink said, with a look that approached–in a very surreptitious manner–a leer, “but Meg’s waiting for me.”