Skip to content
Recent Humor
Mary Farr, Author of Don’t Postpone Joy
And if you look real close, you can see what happens when you take your glasses off…
Cartoon: I’m guessing he just heard he had dinner with Kanye and known White Supremacist, Holocaust denier Nick Fuentes.
Deborah Fezelle – What’s Past is Prologue
The Tribe of Cyber Monday

I remember what it was like, back when I first started blogging. It must have been–I don’t know–2005, 2006? It seems so long ago, my beginnings are lost in the fog of memory, just like that 20-foot Soling I ran aground in Boston Harbor, underneath the flight path to Logan Airport.

Now it has become like that day–jets screeching overhead, LNG tankers moving ominously towards me, my girlfriend screaming “Why did you have to take a leak now?” after I hit the head for a moment and we ran aground on the rocks. 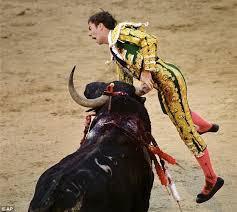 Back then there was no backstabbing. Everybody was perfectly fine stabbing each other in the front, like matadors and bulls.

But I must return to those halcyon days, those salad days, back at the beginning. I’d sit around with Ernest Hemingway and Seabiscuit and Scott and Zelda Fitzgerald, making up stupid posts about Komodo dragons and beehive hair-dos. “This is fine stuff,” Hem would say as he drained his 14th absinthe and began to hallucinate. “And your manhood, that you will use to take an ill-timed leak in Boston Harbor and crash your sailboat someday? It is . . . adequate.”

Hemingway: “Some guns are phallic symbols, but this gun is merely a gun.”

He was like that; a spare, taut style that influenced a generation of bloggers, back in the salad days of blogging, when you couldn’t throw a hardback copy of “The Sun Also Rises” without hitting somebody’s beret. Or vice versa, although if you threw a beret you’d better have at least a croissant inside, otherwise it wouldn’t go very far. What did we know–we were so young and carefree!

Mailer: “Discuss: Why Norman Mailer is the Greatest American Novelist.”

Then it was back to New York: me, Norman Mailer, William Styron, James Jones, all circling each other warily, wondering who was going to write the Great American Post about World War II. I went first with Nothing to Lose But Our Passwords, a post-nuclear post that brought home to a generation of disaffected youth how their blogs hung by a thread after the Bomb.

The Bomb of imported Lowenbrau beer, before they watered it down and started making it in the states. “Here’s to good friends,” we’d sing, imitating the happy yuppies in the commercials. “Tonight is kinda special–the beer we pour must be something more. So to-niiiiiight, Let it Be Lowenbrau!” God we had fun–we were in love, we were drunk with ourselves and our imaginations ran wild! I’d post something about Bigfoot, Mailer–so competitive–would respond with something about the Loch Ness Monster, Styron would put up a little gem about aliens. What a time it was! But you had to be there–back in the salad days of blogging! 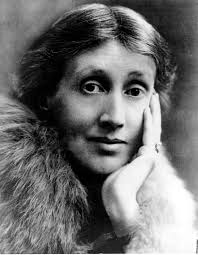 Woolf: “I’d appreciate it if you didn’t name-check me, okay?”

Anyway, Mailer followed with The Naked and the Blogged, Jones cranked out From Here to the Internet, and Styron–when he finally sobered up–produced the one good thing that will outlast everything everybody else wrote back then–Lie Down in Darkness, Get Up With Crud in Your Eyes. God how I envied him! It is not enough that we succeed, I thought to myself; it is also important that our friends fail. But that’s how things were back in the salad days of blogging; we all looked out for each other, we had each other’s backs, until we plunged a knife into them when we got tired of stabbing each other in the front.

I had to get out of New York, so I traveled to the Bloomsbury neighborhood of London, where I crashed briefly on Virginia Woolf’s pull-out couch–the same one Lytton Strachey farted on! I couldn’t believe my luck–everyday, surrounded by genius. I’d make a big Caesar Salad and go up to Virginia’s room and try and look over her shoulder at what she was posting. “If you don’t mind,” she’d always say, “I’d like A Room of My Own.”

I understood. So I’d take one, single anchovy and lay it across her keyboard, and let her get back to her writing. I knew that’s what I should do, but we all knew it back then. Back in the salad days of blogging.