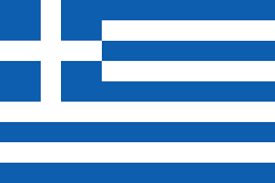 With so much talk about the problems with Greece and the European Union, I’m sure a lot of you have done something like me: glanced at the headlines and figured that the problem is about debt and Angela Merkel and, um, bailouts and blah de blah, oh look, a donut with sprinkles.

I thought I would try and help out. Now I have no qualifications as an economic analyst except that I have been poor, and less than poor, and back again. And I’m not a political science person, but I do know a guy who majored in PolySci in college, and I’ll ask him more about it when he gets back from the Grateful Dead shows in Chicago.

Let’s start with the basics. The three things that keep coming up in the headlines and stories repeatedly are, “Austerity,” “European Union,” and “Greece.” 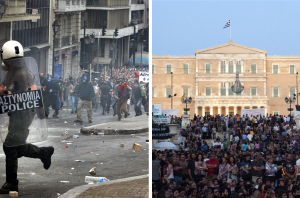 Originally Austerity meant a “sternness or severity of manner or attitude.” Like your grandpa on your dad’s side. But lately it has been wielded as an economic weapon by the wealthy against those who are not. So the definition has morphed into “A state of reduced spending and increased frugality in the financial sector.”

As near as I can tell, when a country, let’s say Greece, is irresponsible about its debt and its general way of life, and runs up a huge amount of national debt, it needs to borrow money to pay down its debt. So it turns to its friends to borrow some money.

Let’s compare this to my charming Uncle Charlie. Through no fault of his own, he comes on hard times. A kid took his job. Or a robot. Whatever. He turns to his family members to borrow money, because basically he’s a good guy, but he has no job, so he can’t really pay it back right now. 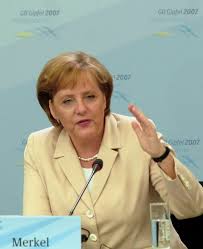 The European Union, spearheaded by the Germans, say that they will happily loan the Greeks a whole butt-load of money, but in exchange they demand that the Greeks enact “austerity measures” in their country under the guise of reforming the Greek way of life so they can be profitable and can once again sit in the sun eating olives.

The only problem is the austerity measures are so crippling, the country simply cannot recover, economically. It slashed salaries and pensions, increased taxes drastically, cut Greece’s public hospital budgets by 25%, cut in half public spending on pharmaceuticals, reduced access to state welfare or health services, drug prevention programs, unemployment insurance, and the list goes on and on.

It’s as if I told Uncle Charlie that the family would loan him more money, but he had to cut off an arm and a leg each time he borrows, and he has to get a job even though he is still bleeding and needs to go see a doctor, stat. Oh, and we’re not paying for the doctor.

So Austerity, mandated by Greece’s creditors, resulted in a million people losing their jobs, three millions others becoming “inactive,” salaries being cut by 38%, pensions being reduced by 45%, a 43% increase in child mortality, an increase in the amount of public debt held by 35.5%, and an astounding 98% increase in the poverty rate.

Essentially, Greece goes deeper and deeper into debt because they cannot repay their debt. So more austerity measures are introduced on top of the previous ones in an attempt to squeeze money out of the Greek stone. It is, as Robert Kuttner, who wrote for Business Week for 20 years, puts it, “deliberate, administered depression.”

And these are their “friends.” 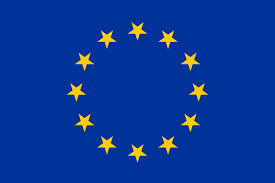 The European Union was born out of a desire of the various European countries to come together after WWII. The idea was that if the countries traded with each other, and became interdependent, they would be less likely to attack each other.

It started as a purely economic union, but transformed into a sort of loose, legislative style body that managed to open borders, introduce a single currency, and operate under the idea that they would all help each other out. On their own website they say that the core values of the EU are: “human dignity, freedom, democracy, equality, the rule of law and respect for human rights.”

This is the way the family looked at Uncle Charlie for the longest time. He’s got a good head on his shoulders; he’s great with the kids, and eventually he’ll crawl out of trouble and the money will be paid back, so let’s help him out.

This worked great until Greece started hemorrhaging money. Suddenly, one of their own was no longer wealthy and it really bugged the EU. So they begrudgingly loaned Greece money, but punished them so severely for the loans, that they put Greece, for all intensive purposes, in a debtor’s prison. 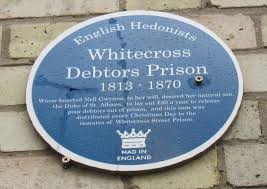 A debtor’s prison is like in the old days of coal mining, where the miners had to buy everything at the company store. Very convenient. Until they learned that everything they had to buy at the store cost more than they made. So they ended up forever in debt to the company store, and became a slave to the mines.

Now Greece is indebted to the EU’s company store. Suddenly gone is the idea of human dignity, since Greece’s suicide rate is over the top; gone is freedom, since they will now be caught up in an endless cycle of borrowing; gone is democracy because they have to do whatever the rich people in suits running the EU say they have to do; gone is equality, because no one can get a job.

We own Uncle Charlie. 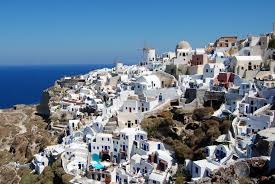 Greece is a founding member of the United Nations, and a country that traces its roots to what is considered the cradle of all Western Civilization – ancient Greece. They invented democracy, philosophy, literature, history, math, drama, comedy and, ironically, tragedy.

They created the Olympic Games, fashion, mythology, architecture, and also invented canons, automatic doors, beat Copernicus to the idea that the planets orbited the sun, clocks, lighthouses, and oh, what the hell, central heating.

Let’s come right out and say it. Greece invented civilization as we know it.

So the world, especially Europe, owes it to Greece to figure a way out of this situation rather than squeezing every last Euro out of a suffocating country.

Forgive some or most of the debt. When a bank loans someone money, they are taking a risk that their money is going to someone who can eventually pay it back. Sometimes that doesn’t happen and the borrow defaults. That is supposed to be built into the business model of a lending institution; some loans will fail. But most will not. There is no such thing as guaranteed profit. Unless, of course, you are a major insurance corporation in the United States.

Invest in Greece. A thriving economy will reap rewards. But no economy recovers when you cut everyone’s pay, tax them up the wazoo, eliminate health care, provide no services, and cast aside their elderly. 50% of the Greek youth are unemployed. Does that sound like a model for fixing a country? More like a great model for making radicals.

Uncle Charlie owes us so much money that we will never see it. Rather than make him our personal, very disgruntled, slave, let’s give him a way out. Let’s forgive a lot of the money he owes us. Let’s help him get back on his feet, chip in and gift him some restart cash, and talk to all our friends about finding him a job. Because basically, he’s a great guy who came on some hard times. 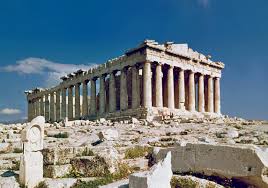 Help them restructure their debt. That’s what happens when a company goes into bankruptcy, but in this case, how are you going to liquidate all of Greece? Okay, who get’s the northeastern column from the Parthenon?

Bring actual guidance and technical assistance in to reform the economy, weed out the tax cheats and the bribe takers, and put the Greek people back to work. Involve the youth. Provide hope.

Adding austerity on top of austerity is like taking a sledgehammer and knocking the top right off that leaking faucet. Now you need buckets.

It’s time to pay back Greece. They’ve never called in a single one of those civilization notes that they hold. After all, a culture that includes four different words for “love,” still has much to offer. Let’s practice Agape: “brotherly love, good will, affection, and benevolence.”

And let’s have Uncle Charlie over for dinner.

This article first appeared on forrestbrakeman.com