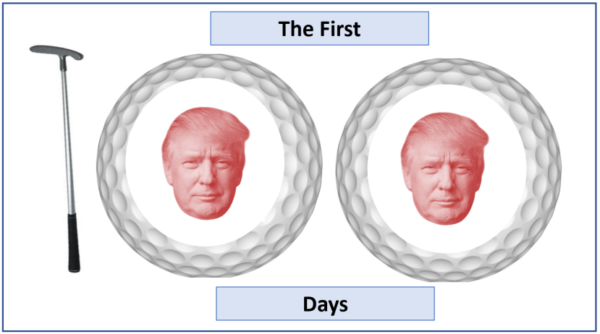 One of our lead reporters recently asked, “Isn’t it a little soon for a retrospective?”

“But aren’t we supposed to be different?” this one annoying reporter, who is also married to us, asked.

“But we’ve got nothing else.”

“But it’s so arbitrary,” this one hectoring reporter persisted.

“That’s a really great point!” we told her.  “Thank you for sharing that.”

“Fine, write what you want,” this horrible wife/reporter person replied.  “But can you clean up the bathroom? It’s soaking wet.  You do know how to use a shower curtain, right?”

This confirmed it.  It was urgent that we write our 100 Day Retrospective immediately.

(Just think:  When de Sade wrote his, “120 Days of Sodom,” he had not even met Donald Trump!  And he thought he understood depravity!) 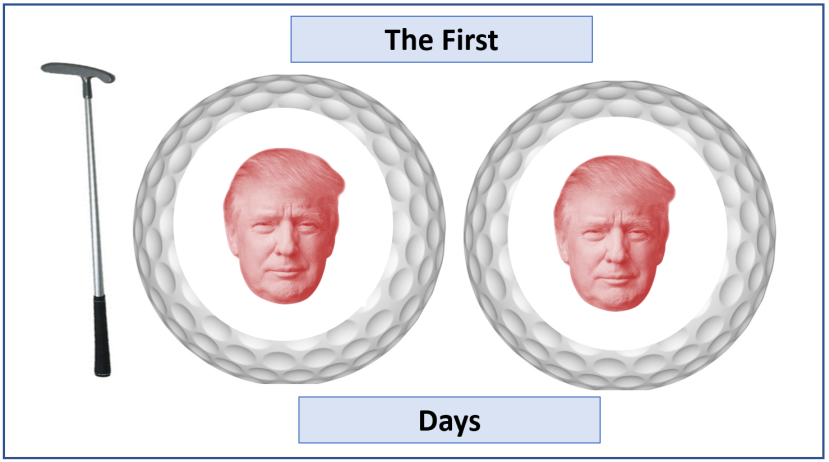 January 21 – Trump begins his presidency by misspelling ‘honored’ in his first presidential tweet: “I am honered [sic] to serve you…” thus foretelling all of the  ineptitude, disaster and mayhem to follow.

January 22-23 – The new president shares weird inauguration delusions about Crowd Sizes, God opening the heavens, and Seas of Love.  Is he the real president, or a mental patient who just imagines he’s president?

February 1 – In honor of Black History Month, Trump reveals that he has no idea who Frederick Douglass is.

February 3 – America learns for the first time of the tragic Bowling Green Massacre.  In this horrific non-event, innocent Americans would have been slaughtered by Muslim extremists in Bowling Green, Kentucky on August 9, 2013.  Never again shall we allow imaginary terrorists to commit such a horrible make-believe atrocity.

February 4 – And on the Fifteenth Day, the Lord Donald, King of Kings, looked at what he had created, saw that it was absolutely unbelievable, and played golf.

February 5 – Well, it turns out this deity needs some extra down-time, so he played another round of golf.

February 13 – NSA chief Michael Flynn fired.  Things are getting hot and heavy between the Russian Bear and the American Ferret.

February 15 – Captain Obvious shares these powerful words: “I have been briefed, and I can tell you nuclear holocaust would be like no other.”   No way! And here we thought it would be just a run-of-the-mill sort of holocaust!

February 16 – News media branded “enemies of the people.”   The New York Times receives the honorary title, ‘The Failing Enemy of the People.”

February 18 – Time to whip out that tiny little presidential putter and fill some more golf holes.

February 19 – America wakes to the tragic news of another non-existent terror attack – this time in Sweden.  We, who remember Bowling Green so vividly, are with you Sweden in your time of need!

February 28 –  In a stunning development, Trump reads from teleprompter to joint session of congress.  Trump officially declared “Presidential”.    Hallelujah!  OUR PRESIDENT CAN READ!

March 1 – Declared a national holiday in honor of our President Trump’s reading skills.

March 4 – Trump accuses bad (or sick) Obama of wiretapping Trump Tower.  Loses “presidential” status.   (It would later be determined that “tap” was misspelled).

March 4 – Time to wrap those hands around the presidential putter again.

March 7 –  “Nobody knew healthcare could be so complicated.”  Trump regains “Unbelievable Jackass” status.

March 10 – Co-president Sean Hannity calls for the firing of all 46 U.S. Attorneys.

March 12 – Trump rolls out new the healthcare plan known as the Crap Sandwich Healthcare Act (CSHA)  that would cause fifteen million Americans to lose their health insurance.  On the positive side, it’s only 60 pages.

March 18 – Trying to throw people off their healthcare proves exhausting.  Time for some golf!

March 20 – FBI Director Comey testifies that Trump campaign is under investigation for collusion with Russia to steal the election.  Outrageously, the lying media report on this.

March 21 – The Defense Department rolls a 7, lands on Trump Tower, and has to pay Trump rent. 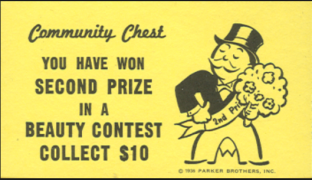 March 23 – House Investigative Committee head Devin Nunes holds bizarro press conference to declare that he has received “information” from “sources”  about “leaks” that “look bad” and are about “something” other than “Russia”.  (We later learn this “information” came from the “White House”  forcing Nunes, who looked like a complete “imbecile”  to “resign”).

April 11 – Press Secretary Spicer declares that even Hitler didn’t use chemical weapons, except on the Jews, which isn’t that bad.

April 12 – After learning about what NATO actually does, Generalissimo Evel Von Ferret declares that it is “no longer obsolete.”

April 20 – Canada added to Axis of Evil, along with Iran, Iraq and North Korea, for subsidizing its dairy industry.  Becomes the Quadrilateral of Evil.

So there you have it.   We are completely screwed.  Although I do have a great secret plan to deal with the mess in the bathroom:  Evaporation!

Here is my interview in Pscyhology Today about my novel, “The Feet Say Run.”    If you have not yet read this book, give it a whirl!

(Note:  This is by far the most amazing literary interview in history.  So much more interesting than #loser Norman Mailer and #lightweight Ernest Hemingway and #boring William Faulkner. So overrated. Sad.)

(reprinted from The Rotting Post – Fake News You Can Count on).