Mick ‘n me was flirtin’ with some birds of the human kind when it started to rain.

When we got inside we wondered what we was going to do.

“Do you like arts ‘n crafts?” one of the birds says and Mick says “You bet!”

“Do you have any plaster of Paris around?” the other asks.

“No, no,” the first bird says.  “Plaster of Paris is a fun way to spend time indoors.  You mix it with water and you can make it into models and statues of stuff.” 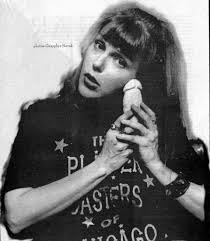 “Any number of things,” the other bird says.  “Pull down your pants and we’ll make a cast of the first one that comes up!”

If I was to pick my most favoritest special moments with me dad it would have to be the times we spent playing with our noses.  I don’t mean like when somebody makes you laugh and you blow milk out your nose.  I mean when you use your nose the right way, and take stuff in through it–like an elephant!

Dad would pour me out a line or two of Lik-m-aid candy in orange or grape or cherry or lime, then he’d pour himself a line of his favorite candy.  His was always white–I guess he really liked vanilla.

Then, he’d roll up a $100 bill he’d earned from his hard work of copying songs by dead black musicians.  “Now,” he’d say.  “To get the proper suction you should put a finger on one nostril, and remember–suck, don’t blow!” 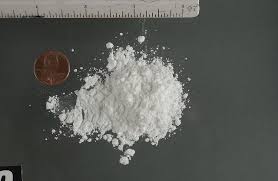 I’d nod and repeat those words to myself until I was confident I could do it like a proper rock star, then give her a go.

“There you go–Bob’s your uncle!” dad would say and he’d give me a penny for bein’ a good boy.  “Next week I’ll show you how to shoot up.”

It was a month after Valentine’s Day, and I was beginning to regret I’d given Mary Jane Klapfelder a little candy heart that said “Let’s Spend the Night Together.”  She was always waiting for me after school, and she’d leave herself wide open for a smacking in Dodgeball.  I knew it was over between us, but I didn’t know how to get her out of my life, so I asked my dad. 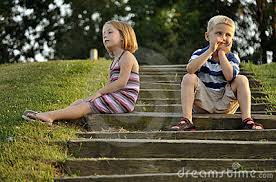 “Absolutely not,” he says.  “You could get sued for millions and lose your record deal.”

“So does that mean I have to be Mary Jane Klapfelder’s boyfriend forever?”

Dad picked me up and plunked me down on one knee.  “What makes you say that?” he said.

“Well, I want to break up with her, but she won’t leave me alone.”

Dad started to laugh.  I didn’t know what I said was so funny. 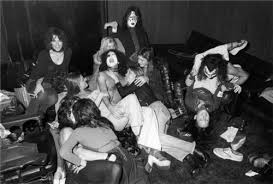 “I thought you meant hurt hurt,” he said.  “No, the deal is, you’re doing her a big favor by being her boyfriend.”

“Sure you are.  You’re a rock star.  You bring a fleeting taste of fame into her life, then you dump her like a hot rock the morning after.”

“But what if she won’t leave me alone?”

“You have your people give her a bunch of money to be quiet and put her in a cab back to her mum.”

One thought on “Me ‘n Mick: The Keith Richards Children’s Book”