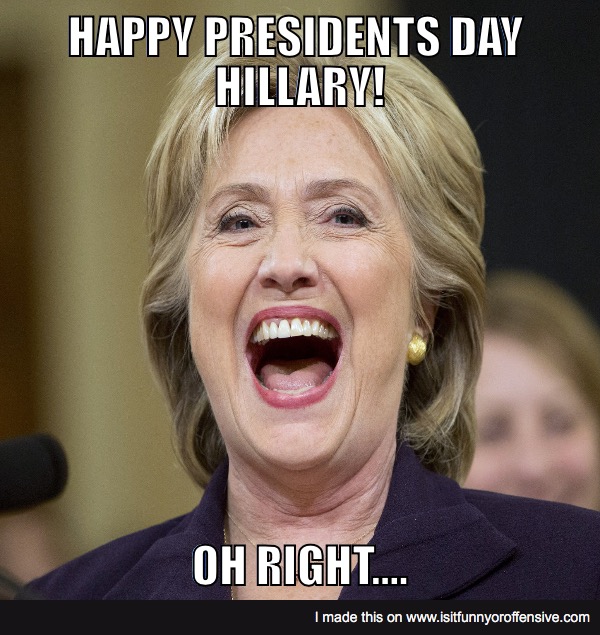 Our feckless leader, Prosidentia Trump, is upset because he wants to stand above the other former Presidents of the United States who he feels are lesser than he is. He does not want to have to share the holiday ‘President’s Day’ with all the other former leaders. Trump feels that he is beyond them. Therefore he has requested Congress to set aside a special day of honor just for him separate from President’s day. “After all, I am the President now! Almost all of the other’s are dead.” he stated using his own special brand of Trumponian logic (patented). The Senate, always willing to jump when he barks, immediately ratified it without informing the Legislature which is mostly made up of Democrats.

Protests erupted almost immediately. “Who does he think he is?”asked many Democrats. “He really thinks he should have a special President’s Day separate from the other President’s?”

“Why shouldn’t he have a special day for himself?” asked William Barr, the United State’s Attorney General and another Trump lackey. “After all he is ‘The Trump!’ Who else can be like him?”

His legions of knuckle-dragging followers, however, solidly backed him up on it, their brain circuits not even registering that this was an arrogant, self-centered request on his part that did nothing for the country but added to his own vanity. When interviewed they pretty much all answered the same half-brained phrase- “Whall, he is the Prasident so he kin do whatever he wants! It all is fein by me!”

Even more protests came about when Trump chose December25th as his President’s Day. “ I feel it would be symbolic of my greatness. “ stated the Trumpster. “Why should Jesus have that day all to himself for 2,000 years?” The House immediately and made it April 1st instead. So far neither the Prosidentia nor his legions have noticed the irony.