There are two types of people–those who “get” poetry, and those who don’t.  My immediate family and all of my close friends are proud to be included in the latter group.

I’m a member of the former group, but not by choice.  My relationship to poetry resembles that of Patty Hearst, the newspaper heiress, to her abductors.

You may recall that Hearst was kidnapped in 1974 by the Symbionese Liberation Army, a band of leftist revolutionaries, at a time when she led a life typical of newspaper heiresses; quiet nights at home being bored by her philosophy major fiance, clipping interest coupons off of gilt-edged corporate bonds.

Within a few months after she’d been spirited away from her apartment in the dark of night Hearst had abandoned her “chosen career of art history” (her mother’s words, in an open letter to her daughter).  She adopted a new, more daring look, and a nom de guerre–”Tania,” which she borrowed from Che Guevara’s lover.  Thus transformed, she could often be found in suburban banks screaming “GET DOWN ON THE FLOOR MUTHERF**KING CAPITALIST PIGS!” to customers in an effort to jump the line and make a non-negotiable withdrawal request.

In high school, my junior English teacher forced me to memorize 200 lines of poetry–over spring break–for some minor violation of classroom decorum that isn’t even a misdemeanor in most states.   This made for some curious interactions between my sister and me. 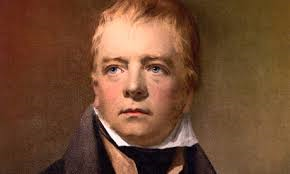 Sir Walter Scott:  “I think I’ll write a poem that will ruin some kid’s vacation 167 years from now.”

SISTER:  Do you want to go on the Tilt-a-Whirl?

BROTHER:  “Breathes there a man with soul so dead, who never to himself hath said . . .”

SISTER:  Okay–how about the Mad Mouse?

Mad Mouse:  Keep hands in car, DO NOT recite poetry until ride ends.

At first, I resisted the torture of my 200-line forced march through Sir Walter Scott, Browning and Wordsworth, but after awhile–like Hearst–I grew to accept my fate, and even to embrace it.   As a result, I “get” poetry in the sense that a prisoner of war “gets” torture, psychological abuse and a limited choice of menu items.  What follows are the basics of poetry, from one who learned them the hard way.

Just as people may be divided into two kinds, there are three types of poetry.  Regular, unleaded and diesel.  No wait, that’s gasoline.  Poetry is like gasoline–that’s a simile, a common poetic device–in that there are three basic kinds.  Regular, blank and vers libre, or free verse, not to be confused with “Free Bird,” a Lynyrd Skynyrd song with an a-b-a-b-c-d-e-d-d rhyme scheme. 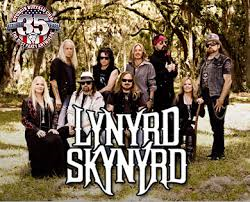 Regular poetry is the kind you are probably most familiar with, as exemplified by the following familiar verse:

Roses are red,
violets are blue.
Sugar is sweet,
and so are you!

Note that the words at the end of the lines rhyme, and the lines have the same number of syllables.  So far so good. 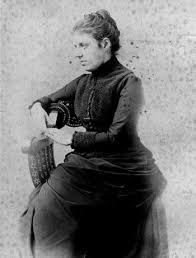 The second type of poetry is “blank” verse.  How is that possible? you ask.  If one is to have poetry, surely there must be something on the page.  How right you are–but silly.  “Blank” verse refers to poems that don’t rhyme, but still have the bump-de-dump-de-dump rhythm of regular poetry, as follows:

Roses are red,
violets are blue,
I like licorice,
and you can’t skate!

Note the use of colors–red and blue–and particularized images, licorice and skates.  Makes your mouth water, or hurt, depending on whether you think of the licorice or falling on your face in the middle of your long program at the Winter Olympics.

Finally, there is “free” verse, which has neither rhyme nor rhythm, as follows:

Once you understand these basic principles, you will be ready to participate in mail-in poetry contests upon payment of the exorbitant entry fee and submission of three copies of your poem, double-spaced, on one side of the page only.

But you still won’t be able to skate.