SLIGHTLY OFF THE MARK

There I was, happily whacking away at the keyboard, working on a story that poked a little fun at the space opera genre, when they tried to shut down my wife’s Girl Scout camp.

Well, we couldn’t let that happen. So I came back down to earth, rolled up my sleeves, and began whacking away at the keyboard.

What? I have only so many skills.

Emily’s second home was Camp Latonka. She first went there when she was three days old, became a counselor in training as soon as she was potty trained, and at age 12 was made a wrangler and put in charge of a string of eight hundred horses, which were later used to film a Clint Eastwood western.

It’s possible I’m exaggerating. Just the same, my wife did spend many a summer there, became a counselor and an assistant wrangler, which I think means she had to hogtie the bad kids. She took me to tour the area in the off season, and I was also enchanted with Camp Latonka: rustic in a good way, wooded and hilly, bordering a beautiful lake. It’s a place, to coin a cliché, where memories were made. And of course, as any Scout will tell you, once a Scout, always a Scout.

Then they, by which I mean the bigwigs in the Girl Scout organization, announced they were shutting it and a bunch of other camps down. I’ve already written a column about that momentous mistake, so all I’ll add is that saving Latonka seemed a lost cause.

And I’m a sucker for lost causes.

I mean, the only sports team I even follow is the Cubs, so there you go.

But how could I help? With maintenance? Their insurance is nowhere good enough for me to man a power tool. I could help with first aid, but as long as I’m not doing maintenance they shouldn’t need much. About the only thing I could do, especially from 500 miles away, is write.

What if I wrote a short story and sold it, with part of the profits going to a fund to help Camp Latonka? And some of the rest of the profits could go toward getting Emily and me down there when we’re needed to help with various non-maintenance things? I did something similar with the Albion Fire Department, writing a book that to this day remains one of the top five books about the Albion Fire Department’s history ever written.

So I set out, writing a short story that turned out to be a novella, because that’s how it works when I get excited about a project. A novella’s like a short novel, only I think these days you’re supposed to call them “little novels” to avoid offending short writers.

That story, The No-Campfire Girls, popped up on Amazon around May Third. Why May Third? Why not?

My girl’s camp is not a Girl Scout camp, because I don’t own the Girl Scouts (if I did I’d sell the corporate headquarters, rather than shut down camps). So I made up a new organization, and set my camp in Southern Indiana. It’s more or less halfway between my home and Camp Latonka. That’s the beauty of fiction: It’s fictional.

But by then I was tired of making things up, so I borrowed some characters from stories I’ve already written. After all, I needed teenage girls (Wow, that didn’t come out weird at all), and I already had a popular one from my first published novel, Storm Chaser. Beth Hamlin also had her own tale in my short story collection, so why not use her again? We should all recycle. I added her two friends, minor characters in the first story, so she wouldn’t get lonely.

Beth is playing double duty this year, since she’s also a character in The Notorious Ian Grant, which comes out in October. She’s fifteen: Keeping her busy keeps her out of trouble. The camp story’s not related to the others, so keep it quiet.

Then, because I needed some more characters for Beth to bounce off of, I stole three from my YA mystery Red Is For Ick. Don’t bother searching Amazon.com—it hasn’t been published. Yet.

It’s so much easier—and fun—throwing together characters who already exist. Now I understand the attraction of writing fanfiction, except this story we can sell.

The plot? Well, a story should have a story, and Beth’s the kind of girl who would love campfires. So what would happen if there was a drought, and the camp was told they couldn’t have campfires this summer? What if Beth, a do something type of person, went to extreme measures to bring rain so they could have campfires? And what if her attempts went horribly wrong, in a comic-adventure kind of way?

It being me, I threw in lots of disasters, along with humor that, as usual, I hope is humorous. It should be a fun read, and 30% of the proceeds will go to a good cause.

Of course, proceeds of my next book after that will also go to a good cause: my retirement fund. 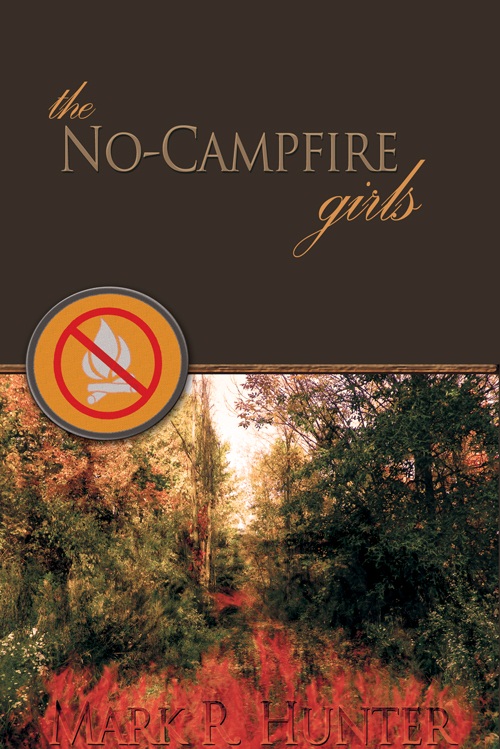 4 thoughts on “A Novel Solution To Saving Camp”