It’s been eight years since the near-simultaneous deaths of James Brown, the singer who rose from humble origins to become “The Godfather of Soul,” and Gerald Ford, the only unelected President of the United States.

Nixon and Brown:  “I hope you brought that brand new bag I’ve heard so much about!”

The time has come to ask the question that only conspiracy theorists were heard to mutter during the nation’s early days of mourning; to wit, did soul singer James Brown persuade Ford to pardon Richard Nixon for crimes committed as part of the Watergate break-in and cover-up? 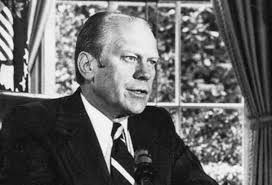 Ford: “Our long national nightmare is over.  Now everybody, get up offa that thang!”

It doesn’t take a paranoid schizophrenic to see more than mere coincidence at work in the fact that Brown died on Christmas Day, 2006, and Ford just one day later.  The two were linked during their lives by a shared intimacy with Richard Nixon, the only American president who ever received a presidential pardon.  Ford, his hand-picked successor, granted that pardon.  Whether Brown brokered that deal is now beyond the power of a living human voice to answer.

On the surface of things, Ford, a former college football player whom his Congressional colleague Lyndon Johnson once accused of playing too long without a helmet, and Brown, the dynamic entertainer, seemed an unlikely pair.  But it is always a placid exterior that conceals the twisted truth of a Republican-Rhythm ‘n Blues conspiracy.  Consider the similarities:

•           Ford was not elected to the office of either president or vice president; neither was Brown.

•           Ford was not invited to the White House during either Reagan administration; neither was Brown. 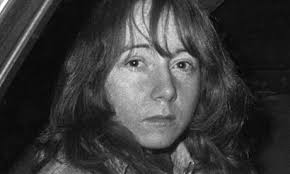 •           In 1963, Ford was appointed by President Johnson to the Warren Commission, which investigated the assassination of President Kennedy.  Ford outlived every other member of the Commission, as did Brown.

•           Brown was christened James Joseph Brown, Jr., but later changed his name to drop the “Jr.”  Ford was born Leslie Lynch King, Jr.  His mother divorced Ford’s father, and in 1916 married Gerald Rudolff Ford.  She began to call her son “Gerald Rudolff Ford, Jr.”  Ford does not officially change his name until 1935–nearly two decades later–and when he does, he does not include “Jr.” 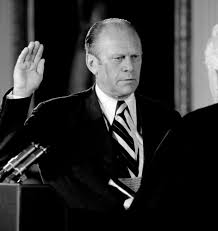 The lives of Brown and Ford first began to intersect during the turbulent sixties.  In 1965, Ford becomes minority leader of the House of Representatives; in 1968 Brown releases his first song that portrays him as a representative of minorities–”Say it Loud – I’m Black and I’m Proud.”  Brown is subsequently invited to perform at Nixon’s inauguration in 1969, where he encounters Ford for the first time.

Following the meeting, Brown is named Minister of the New Super Heavy Funk, a cabinet-level position.  Some three decades later, Lisa Agbalaya-Ross, a former employee, alleges that Brown once claimed to have “powerful testicles given to him by the government.”  The Food and Drug Administration claims to have no record of ever approving such a procedure.

What Ford and Brown discussed on the night of Nixon’s inauguration has never been revealed, but in 1974–just five short years later–Ford will pardon Nixon and Brown will release “The Payback (Part I)” and “Funky President (People It’s Bad),” commonly known simply as “Funky President.”  According to Brown, the “funky president” of the title was meant to refer to Ford, who had taken over from Richard Nixon shortly before the song was recorded.

2 thoughts on “Did the Godfather of Soul Broker Richard Nixon’s Pardon?”