Readers of a certain age—or more precisely, male readers of comic books of the sixties—may recall an advertisement that appeared regularly alongside come-ons for sea monkeys, correspondence courses in ventriloquism, and X-Ray Specs. It depicted a cool-looking guy, his hair slicked back with Vitalis or Wildroot Cream Oil, squiring an attractive girl with a pageboy hairdo while a less cool guy fumed in the foreground.

“What’s he got that I haven’t got?” the headline blared above the picture, and below, the lothario’s secret: “The Power to Hypnotize Women!” 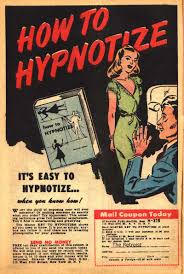 I never availed myself of the educational opportunity this ad presented, perhaps inhibited by my Catholic upbringing in which boys and girls were separated into different lines on their way to bathroom break so they wouldn’t think impure thoughts on the way. Or maybe it was the sense that resort to the awesome power of mesmerism wasn’t sporting; like hunting deer from a tree stand, it gave the predator an unfair advantage. 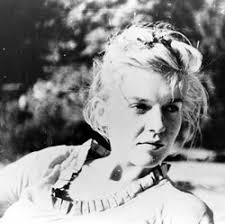 The subject of women held in thralldom to men by mysterious powers came to mind the other day when I read the story of Elizabeth Smart, author of the prose poem (or the poetic novella) By Grand Central Station I Sat Down and Wept, a perfervid retelling of her infatuation and affair with George Granville Barker, a poet who had achieved success at the age of 18. 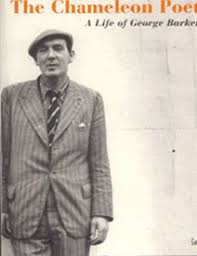 George Barker: What’s he got that you haven’t got?

Smart stumbled upon Barker’s work in a London bookshop, and conceived a love for the man before she’d ever met him. She began to tell people that she planned to marry Barker, even though he was already married. She posed as a manuscript collector and in 1941 offered to fly Barker and his wife to California from Japan at her expense; Barker accepted, fearful he would be drafted if he returned to England. Their affair began shortly after they first met. 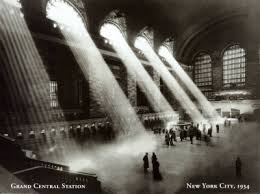 Grand Central Station is a short work, 120 pages long. You can read it in one night, even if you take intermittent breaks to check the score of a Boston Celtics-Toronto Raptors game, as I did tonight.

Smart’s paean to her lover is so self-abasing it would be embarrassing were it not for its beauty; drawing on Biblical sources (the Song of Solomon and Psalm 137, from whose first lines the title is adapted), Catholic liturgy, Shakespeare and the Greeks, Smart recounts how she and Barker commit adultery right under Mrs. Barker’s nose. Smart seems to be alternately discomfited by this fact and resentful of Mrs. Barker’s prior and legal claim on the man she loves. 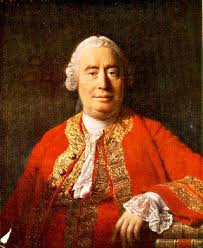 Grand Central Station fell—as David Hume might say—stillborn from the press. The first edition ran to just 2,000 copies, and Smart’s mother bought many of them to suppress the work’s spread. (N.B.–my first book was published in a first edition of 2,000 copies; coincidence, or something more sinister?) The Smarts were a socially-prominent Ottawa family, and her mother arranged to have the book banned in Canada as well. It sank into obscurity until it was republished in England in 1966 with an introduction by Brigid Brophy that declares it one of no more than “half a dozen masterpieces of poetic prose in the world.” 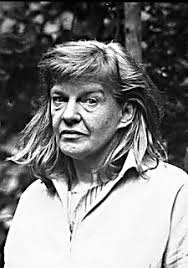 Smart, in her later years 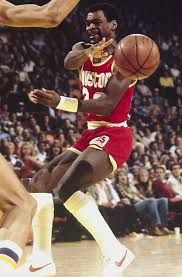 Murphy: Fourteen children by nine women? The poet laughs at you with scorn.

I mention all this for the benefit of guys like myself who do not have the skills, the height and the vertical leap to make it in the NBA. You don’t have to be a basketball star to score with chicks—you can hypnotize women with poetry!

Available in Kindle format on amazon.com as part of the collection “poetry is kind of important.”

2 thoughts on “How to Hypnotize Women”