XIANGGANG, China.  Emily Costbinder doesn’t look like a crusader with her Patagonia fleece pullover, khakis and sensible shoes, but the slight Bryn Mawr student is taking a grave personal risk as she pulls out her cellphone once inside the Xianggang Xingxing Special Products factory here.  “I have to speak truth to power,” says the young woman of the independent study project she designed herself.  “The world has no idea where the flood of blogs and posts on the internet is coming from, but they will if I have anything to say about it.” 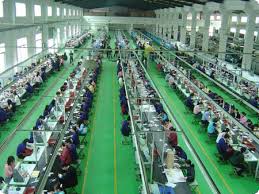 She waits until a tour guide’s attention is diverted by a question from a harried-looking foreman, then surreptitiously snaps a picture of workers–mainly recent arrivals from the Chinese countryside–who slave away up to twelve hours a day in an unventilated building with only a half-hour mid-day meal break allowed.  “If they need to go to the bathroom,” she says, her face a picture of anguished concern, “they must stay after hours to meet their quota of Kardashian posts.” 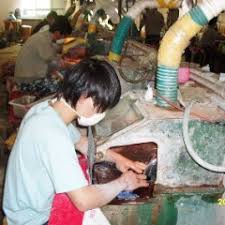 Xingxing in Xianggang has emerged as the “Blogtown” of China, playing the role that Pittsburgh filled as “Steeltown” during the Industrial Revolution in America.  “X is the least-used letter in English,” says Dao Fang, the Minister of Social Media Industries of the People’s Republic.  “Our people can subsist on them much as American trophy wives get by on celery stalks and Triscuits, the 100% whole grain wheat cracker now available in ten different flavors including fire-roasted tomato and olive oil.” 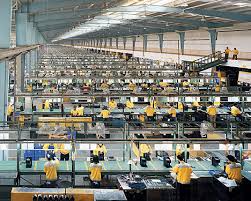 “Write how chance encounter with Robin Williams changed your life.”

A large volume of blogging production shifts overseas during American mid-term elections, when domestic bloggers fall behind in the manufacture and delivery of umbrage and outrage.  “Every time your President Obama say he not on ballot, I must add second shift,” says Liu Ne De Ye, production supervisor at Xingxing.  “Every time Rand Paul say he privatize, we add graveyard shift.” 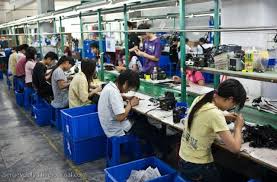 “Who is Johnny Manziel anyway?”

American bloggers who outsource work to the Far East say a Chinese “dan ci gong yio” or “word janitor” will write blog posts U.S. typists turn up their noses at, and for far less.  “Kids these days want to go into dicey professions like medicine and accounting,” says Mike Aramak, who writes the “Smash Mouth Football” blog but sometimes falls behind in production.  “Nobody wants their kid to grow up to be a blogger.”