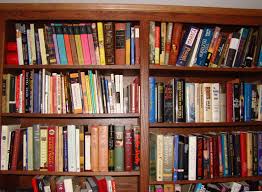 Recently in the world of literature we’ve seen some interesting historical mash-ups. We’ve had Abraham Lincoln repurposed as a vampire hunter. We’ve seen Snow White presented as a cannibal who eats dwarves (spoiler alert: they taste like chicken). But there’s still one glaring absence on the time-bending genre scene.

Every time a presidential election approaches, candidates release ghost-written “books” intended to reveal their patriotism and humble, all-American origins. Someone should do a mashup novel using the heroic characters found in these campaign books. Bring a bunch of patriots together in a gripping story about a race to save America. I’d do it myself, but fiction isn’t my forte. But here’s a rough plot outline for anyone interested in tackling this exciting new genre.

For source material, go to Goodwill and grab this book: 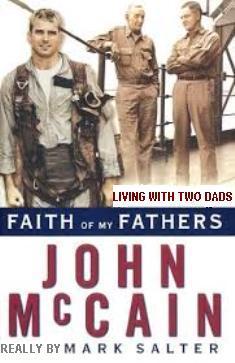 Back in mainland America, a young naval aviator named John McCain gets wind of this threat. A born maverick, McCain ignores his superiors and hops into a fighter jet. He races to the rescue but, being a crappy pilot, misses his mark by 100 miles and crash-lands when his fuel runs out.

McCain drifts at sea, the only thing keeping him going is his deep, unquenchable love of America. Sunburned beyond recognition, things are looking bleak. But then a miracle happens. A whale swims up to save him!

But it’s not a whale, it’s Chris Christie! Washed out to sea in a hurricane, and now travelling backwards in time, Christie ventures into the past to selflessly save the future (a total ripoff from The Terminator, but who cares.)

Braving massive seas and torrential downpours, the pair travels forward in time to save America. They get to within ten feet of the Florida coast but are foiled when they see someone on the beach reading this book:

I know, I know. This is why I don’t write fiction. But with a capable writer we could have a blockbuster on our hands.

One thought on “The Missing Genre in Literature”