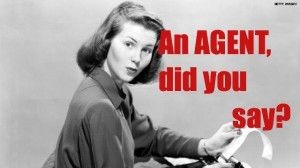 2015. Resolutions are my thing. I love making them. I rarely keep them, but I love the process. I am still working on the 50-pound weight loss from 2010 and the healthy eating mantra of 2012. Both are still on my radar–tiny insignificant bleeps on my radar, but there nonetheless.

I want 2015 to be the year I resolve to get published. I have the material, I am willing to do the work, I just need the chance. And some luck. And to stop making bad first impressions.

“Keith, how bad of a first impression can a snappy fella like yourself make?” you are probably asking yourself. Let me tell you.

Last year, I attended a Books-in-Progress Conference held in Lexington, Kentucky. The schedule of the 3-day event was full of seminars taught by published authors and very informative panel discussions led by industry editors and publishers. There was also time to share your work with other hopeful writers as well as rub elbows and make connections with people higher on the literary food chain than yourself. All in all, the event was very laid-back and relaxed, but there was a definite buzz of excitement in the air with all the attendees hoping their in-progress work would be discovered and a meteoric rise to the top of the New York Times Best Seller List was imminent.

Of course, being the eternal slacker, I waited until 2 days before the registration deadline to register. I had not been sure I could take the time off from work, and I didn’t have an actual book in-progress. I mean, I had a great idea for my book based on the essays and blog that document my strange life, but I didn’t yet have it in a book form.

The day of the conference I walked to the registration desk, and was handed my materials. As I began to turn around and search the crowd for my friends, the conference lady said, “Oh, and your appointment is at 11:45.”

“Yes, with Rita Rosenkranz, the nonfiction literary agent joining us today. You will have 15 minutes to pitch your book to her.”

“Oh!” I said. “Does everyone get this chance or did I win a door prize or something? ”

Looking a bit concerned, the lady stated, “Um, noooo. You paid extra for the 15 minute session. You were asked when you registered. Did you not want to do it?”

“No, no, I will do it. I mean, OF COURSE I WILL DO IT,” I said way too loudly and then nervously laughed. I was 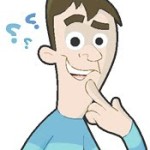 instantly concerned I had inadvertently signed up for several other things that I had no intention of doing during this conference–public readings, writing competitions, clean up committee.

I found my friends and told them I had an 11:45 meeting with one of the literary agents. My friend Savannah looked at me from over the top rim of her glasses and said, “You are pitching to an agent?”

“Do you have a book in progress?”

“Lord have mercy, Keith,” was the last thing said about the meeting. My friends know enough to expect such things. Usually, they just shake their heads and hope not to be noticed talking to me towards the end of meetings and conferences, after my crazy has fully blossomed.

All through the first session of the day, I kept my panic level to a minimum. I began to think back on my training for interviews. I had developed an acceptable, if generic, “First Two Minutes” personal introduction in MBA school, however, that was ten years ago and was for use in business settings. I don’t think a literary agent would care about my Excel spreadsheet mastery or my award-winning accounting skills. Although, I could be wrong because I had never, EVER considered what an agent would want to hear or be looking for in a pitch from a potential author.

By the time my meeting with the agent had drawn nigh, I was sweaty and nervous. I had decided to definitely not mention Sh*t My Dad Says or other blogs/twitter/Facebook-to-book successes. I also didn’t want to say the name David Sedaris, the author-extraordinaire who every humor essay writer mentions when asked for comparison.

I scanned the files of my brain trying to remember some compliments people had relayed to me regarding my writing. After I discarded the compliments from my mother, I was left with three: (1) you are good,  (2) I like the way you write, and  (3) you have a real talent for writing very self-deprecating humor without it being annoying at all.  I decided I would go with #3.

I entered the room and firmly shook Ms. Rosenkranz’s hand. Her firm shake and strong eye contact screamed, “I own my literary agency in New York.” I was transfixed by her. I wanted to know all about her. Of course, had I either not been a slacker and researched who would be at the conference or listened to the conference lady when she asked me questions during registration, I would have probably gone to her website and learned all I needed to know.

She had a timer on the table which was set for 15 minutes. She leaned forward in her chair to indicate how interested she was in hearing what I had to say, and asked, “So, what have you got for me?”

I immediately began rambling. Any training for a professional, well-groomed introduction I may have had in the past flew out the window of the Carnegie Center. I started by telling her I had a blog and loved it. I then moved on to how much I loved David Sedaris, and hoped to be able to some day publish in a book similar to his. She nodded politely and told me that Twitter/Facebook/Blog authors were rare, but it was certainly possible.

Then came the unmentionable. The moment in time that could never again be retrieved.

I had forgotten tell her about the compliment I had previously received about my writing. I looked at the timer. I only had three minutes remaining, so I needed to move quickly. I immediately blurted out, “I also would like to tell you that people have said I am great at self-defecating. But in a good way.” 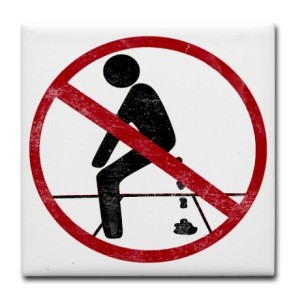 The look on Ms. Rosenkranz’s face briefly flashed to one of horror, but she quickly pulled herself back together, as only a New York literary agent can do, and smiled. She sat back in her chair and put down her ink pen. I knew something was wrong, but I wasn’t sure what. I quickly retraced my verbal steps. I gasped out loud and covered my mouth when I realized what I had said to her. My eyes were wide with humiliation and my cheeks glowed. I was so stunned, I couldn’t move or say anything. Thankfully, the timer bell rang, Ms. Rosenkranz jumped from her chair, headed to the door, and said, “Well, thank you for stopping by.”

I staggered into the conference lobby and was asked by my friend how my meeting had gone. “I told her I literally shit on myself, but in a good way,” I replied.

“Lord have mercy, Keith, let’s just go to lunch,” was all she said as she held the door for me to exit the building.

In case you are wondering, I am still currently without agent representation.

10 thoughts on “How Not to Get a Literary Agent”