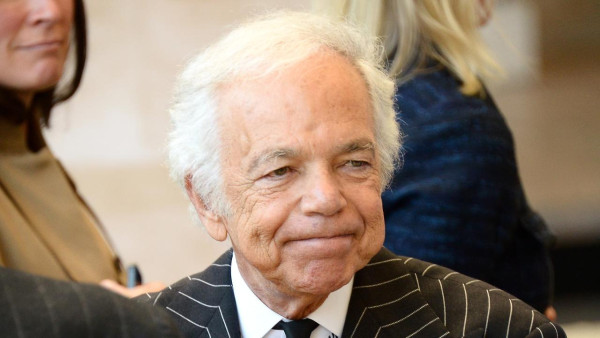 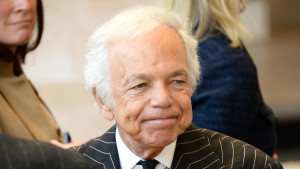 “Is that why you’ve stepped down as CEO?” asked This Reporter.

“Stepped down? Is that what those mumzers are saying?” said Lauren. “The board members lit my pants on fire and kicked me down the stairs just because I’m 108.”

“One hundred and eight?  The papers say you’re eighty-six,” said This Reporter.

“Eighty? One hundred?  I’m still breathing. I still have ideas. And these women who love me, they’re not going anywhere, except to Boca or Sarasota. They can’t run around naked. Someone’s got to dress them. Why not me?” said Lauren.

“Will your wife Rickey be part of your design team, Mr. Lauren?” asked This Reporter.

“I guess I can say this now. Rickey was never really my wife. She was a concept created by my marketing department,” said Lauren. “Just like my name.  Who’s going to buy a two-thousand-dollar dress from a guy with a Bronx accent named Lifshitz? So they concocted this to-the-manner-born, goyish family for me with the horses, dogs, and a blonde shiksa wife who has orgasms over hand-stitched Italian leather bags.”

“So, you aren’t married, Mr. Lauren?” asked This Reporter.

“Of course, I’m married. Sheila and I celebrated our 70th wedding anniversary at the Cheesecake Factory. But, please, enough with the Mr. Lauren. My real name is Ralph Lifshitz,” he said. “That name they can’t take from me.”

“What about those ads with you playing polo?” asked This Reporter.

“It’s all PhotoShop. Jews don’t ride horses. They buy them. They sell them. They bet on them. But that’s as far as it goes,” said Lauren.

“Getting back to your new line, better department stores don’t have a special section for senior women. How do you plan to convince them to carry your line?” asked This Reporter.

“The department stores can go screw themselves,” said Lauren. “They sided with the goniffs who threw me to the wolves. My new collection, Final Wishes, will only be available online and in nursing home gift shops.”

“Aren’t you concerned about limiting your collection to the geriatric set?” asked This Reporter.

“Limiting?” gasped Lauren. “The rich are living longer and they have all the money. I’m giving them class and security.  All of my designs will have secret compartments to hide money from their caretakers and hidden video cameras in case their children try to make them change their will.”

“This sounds like a radical departure from the Ralph Lauren label,” said This Reporter. “Do you really think the market will support your concept?”

“I know it will,” said Lauren, breaking open an amyl nitrate vial. “I’ve already got licensing deals for monogrammed plastic sheets, a fringed leather walker with authentic Navaho beading and a perfume called Lifshitz that smells like freshly minted money.”

“You’ve always been a trail blazer. Do you anticipate any of your competitors coming out with their own senior women line?” asked This Reporter.

“I’m flattered by their desperate attempts to imitate my genius,” said Lauren. “Tommy Hilfiger, Tory Birch, Burberry have been chasing my tail for decades and they’ll never catch up because they don’t understand my secret.”

“I don’t design a damn thing. I’m a knock-off artist. I copy clothes worn at anti-Semite golf clubs, polo matches and fox hunts. It’s a world I could never enter. Now those sonovabitches are putting my name on their tuchis. Gotta love it.”

Stacia Friedman is the founding editor of DailyLobotomy.com.