Skip to content
Recent Humor
You Need to Get a Comfort Crocodile
Do These Shoes Work?
A Public Option for Cats
I’m not in the top percentile of professional Haunted Dollicists but if I was a haunted doll, I wouldn’t exactly brag about it..
Aliens Built the Pyramids to Play Ring Toss

I’ve been recycling since a college roommate first introduced me to the activity that has become a secular religion for me. Whenever my wife throws away a plastic ketchup bottle, for example, I retrieve it from the trash, rinse it out and recycle it. I seem to recall similar compulsive tendencies having to do with the mystical numbers 3 and 7 when I was a prize-winning Catechism student in Catholic grade school. 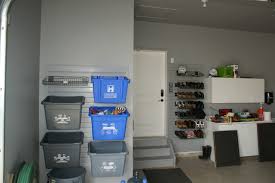 So what if I’m a little nutty about recycling, stooping to pick up aluminum cans in the street on the off chance that it might somehow save a baby whale from extinction.

Every night when I get home I haul cardboard, newspapers, cans and plastic from our two internal “transfer station” bins to my garage recycling center; it’s my pride and joy, my “fancy” as the cat ladies in England say about their tabbies.

It’s usually an uneventful trip; one time I tripped over a garden hose after I’d had a few beers, and one time I surprised an opposum–or more correctly, he surprised me–who’d stuck his nose in a discarded box of Trader Joe’s hors d’oeuvres. Probably having a party back at possum hollow. 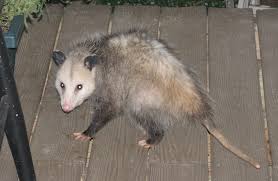 “This guy’s got separate plastic bins for glass, cardboard–the works!”

So I jumped when I saw Tony “The Ice Pick” Gravano and Gaetano “Joey Pockets” da Silva sitting on my Rubbermaid plastic garbage cans last night. “Excuse me,” The Ice Pick said. “We’d like to talk to you.”

“Is something wrong?” I asked nervously. I knew I’d mistakenly dumped a container of plastics down the cardboard chute at the Town Dump last week, but it was my first trip since we’d returned from vacation. Anybody can make that kind of mistake if they’re out of practice. 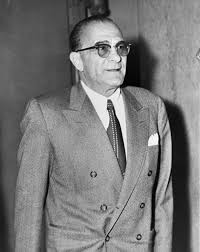 “No, nuthin’ wrong,” Joey Pockets replied. He was pleasant enough, but I detected an undercurrent of menace in his voice. “You got a nice place here, we was just admiring it.”

I knew what was coming next.

“I’d hate to see anything happen to it,” The Ice Pick said in a business-like tone as he examined his well-kept fingernails, which still shone from the clear nail polish applied at his last manicure. I don’t know what it is about The Mob; I guess if you spend your days garroting bookies who won’t pay up, you want your hands to look nice.

“Then perhaps you would be interested in discussing a–shall we say–investment in your little operation.”

I knew the mob liked cash businesses–laundromats, vending machines, bars–to launder the proceeds of their illegal activities, but the most I get is a nickel deposit on cans and bottles. Why would they want to muscle in on me?

“‘Little’ would be an understatement,” I said with genuine humility. “I know we do better about recycling in the suburbs than they do in Boston, but still it’s just a bunch of lousy . . . ” 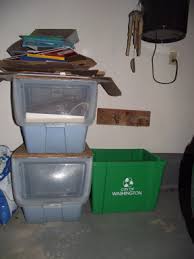 I was cut off by the sound of deposit bottles and cans skittering across the cement floor. The Ice Pick had kicked my ez-carry bottle bin–hard–sending its contents flying. These guys meant business, but I wasn’t about to fold like a card table at my mom’s bridge club.

“Don’t try to scare me,” I said with a sneerl through a snaar. I mean a snarl through a sneer. “You want somethin’ a mine, you got to pay for it.”

The two mobsters looked at each, a little surprised that I’d fought back.

“There are lots of benefits of joining La Cosa Nostra,” said Joey Pockets. “Much better than our competitor, ‘Ndrangheta in Southern Calabria.”

“We got full medical and dental, with minimal or no co-pay. ‘Ndrangheta ain’t got that,” the Ice Pick said.

“We got a code of silence–omerta–so youse don’t never have to worry ’bout nobody rattin’ you out,” Joey Pockets added. 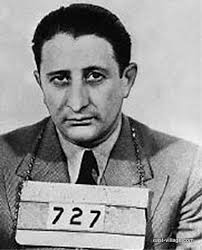 I thought about it for a moment. “How about nicknames,” I asked. “Do I get a cool nickname like you guys?”

“Sure, unless it’s already taken,” the Ice Pick said. “You couldn’t have two ‘Ice Picks’ for example. It would screw up the computers in human resources.”

“That’s kinda close,” the Ice Pick said. “You may want to pick an alternate.”

“I’m pretty sure that’s available,” Joey Pockets said with a contemptuous snort. “So you in?”

“Well think about this, you mook,” the Ice Pick said as he slammed me up against the wall, where I hit my head on a rake that was hanging from one of those tool organizers.

“We know where your cats are–right now. Capisce?”

“A seafood dish made from fresh raw fish marinated in citrus juices?” 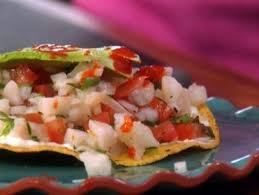 “No, you goombah–that’s ceviche. I’m saying ‘You understand?’”

I understood. The last thing I wanted was for one of my cats to get hurt. My wife–maybe. My cats–fugeddaboutit.

A look of smug satisfaction spread across their faces. “Welcome to our crime family,” Joey Pockets said. “We are tough, but cruel.”

“Really? You’ve got to meet my crime family.”

The two exchanged looks of concern. “Who is this?” The Ice Pick asked cautiously.

“My in-laws. They never recycle anything.”

One thought on “The Greenfather”

Do These Shoes Work?

Cartoon: Idiots. Don’t they know. Only I can draw a crowd!