Skip to content
Recent Humor
AirPods for those with a big head…
The Boy’s Hair Caught Fire, But Your Shishkabobs Are Fine
You Keep Using the Word
Ripping the Headlines Today, 8/8/22
As Summer Wanes, Grade School Cougars on the Prowl

The weatherpeople got it right for once; blizzard conditions, a good omen for me. With more snow accumulation in Boston than ever before in recorded history (thanks global warming!) it’s harder to get into town, and the fewer contestants in the Men’s Senior Division of the ZaSu Pitts Look-Alike contest. I know the greats like to win against the best competition, but not me. I just want to win, baby, win, as Oakland Raiders President-for-Life Al Davis likes to say. 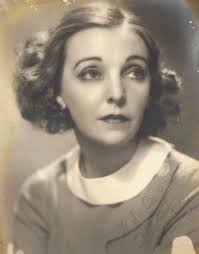 I suppose I should be embarrassed at the feeling of stark competitiveness that wells up inside me; ZaSu was, after all, the actress who typically played the shy, retiring type, from her 1917 debut as Becky in “The Little Princess” to her final bow as Gertie the switchboard operator in the 1963 all-star disappointment “It’s a Mad, Mad, Mad, Mad World.”

But it hasn’t been easy being a ZaSu fan, lo these many years. I got in early, watching her as Elvira Nugent on The Gale Storm Show as I lay dying on our living room couch with the measles and then chicken pox in the late fifties. That show, you may recall, was the offense cited by the aliens in Mad Magazine as justification for their decision to destroy the earth when television rays from the long-running comedy reached their galaxy.

ZaSu played wingwoman to Gale Storm, who played herself, and quite well I might add–she had herself down pat! But I found ZaSu as second fiddle to be, curiously enough, more alluring than the first chair; like the maiden ladies who worked in my dad’s women’s clothing store (and try saying that five times fast), their lack of an attachment to a man made them somehow–mysterious.

All that changed in the 80′s with ZaSu Night Fever, the film that loosed a ZaSuPittsian contagion on the land. Pauline Kael didn’t help matters with her unexpectedly glowing review in The New Yorker: “This film is so full of the energy and spirit of Pitts, it transports us to a world known by few New Yorker subscribers who wade through hundreds of pages of advertisements in shame when they don’t ‘get’ the cartoons.” 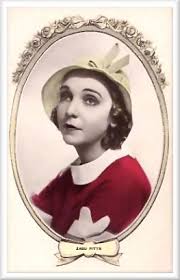 Me with Marcelled hair, circa 1982

All of a sudden, every Tom, Dick and Harry wanted to be ZaSu. I lived on Newbury Street in Boston at the time, home to many overpriced hair stylists, and the lines were out the doors for men waiting to get their hair Marcelled like ZaSu. My apartment was only a couple blocks from the Hynes Auditorium where the Zasu Pitts Look-Alike Contest was held every year, but after a while I became discouraged. Everybody knew that her unique name was formed by taking a syllable from each of her mother’s sisters, Eliza and Susan, in a painful and untried medical procedure. Guys with trust funds–they had the leisure time to bone up on ZaSuiana and to perfect their “look” well in advance of the confab. Me–I had to work for a living! 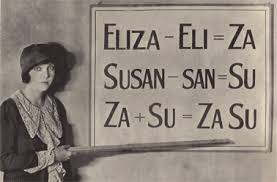 So I waited. And waited. And waited until my 55th birthday was in my rear view mirror, and the field I had to compete against was narrowed. When I passed that milestone–the “double nickel” in aging baby boomer parlance–I no longer had to face a field of several hundred in the Open Competition, I was eligible for the Men’s Senior Division.

My reverie is interrupted by a tap on the shoulder from Ken McClellan, a guy whom I haven’t seen in several years. My guess is he’s in the same position as me; he wants to win some ZaSu Pitts event before he dies, so he’s emerged from whatever sleeper cell he has lain dormant in to test his skills against the best of the over-55 division this year.

“Hey Ken–how they hangin’?” I say cheerfully, although my gut is already churning. He has on support hose! Dammit–why didn’t I think of that!

“Okay, I guess,” he says and we shake hands. We’re don’t do the man-hug thing because each of us has spent a fair amount of time smearing rouge on our cheekbones.

“You, uh, entered in the Men’s Seniors?” I ask warily.

“Yep. What can I say. I was tired of butting heads with the young bucks, with their fishnet hats and baggy chemise dresses.”

“Yeah, it’s a real cause for concern among the NEZPLAA board,” I say, sounding out the acronym for the New England ZaSu Pitts Look-Alike Association. “The kids under thirty, I don’t know what they’re doing with their spare time.”

Our tete-a-tete comes to an end as Joe Dundee, executive director of NEZPLAA, calls out to us. “Hey you guys! We need you inside–we’re about ready to start.”

“Okay,” Ken says as he stubs out his Tiparillo, the unisex cigar of the early sixties made popular by the timeless come-on “Cigars–cigarettes–Tiparillos?”

I walk a few steps behind Ken and I note that he’s added some love handles since the last time I saw him. It’s a good thing he’s in the Men’s Senior Division now–there’s no swimsuit competition, just ball gown, talent, and What Would ZaSu Do?, a tense segment in which each contestant must respond to a question chosen at random by an audit partner from Castanaldi & Seymour, P.C., the organization’s mid-sized regional accounting firm.

We make our way through the crowd–there’s apparently an orthodontists convention in town as well–and take our place in the “bullpen” from which we will be called to sashay our way across the stage, exposing our moves to the critical eyes of the judges panel.

“Good luck,” I say to Ken, and I can see him curse himself; it’s considered good luck to wish somebody else luck first, and I’ve got something of a psychic edge on him now as a result.

We both do okay in the “promenade” and take our assigned spots at the back of the stage. When all of the “girls” have taken their turns, we prepare for “What Would ZaSu Do?” You can literally smell the fear in the air–flop sweat is everywhere. At this point we proceed at random, with questions being directed at the assembled ZaSus in the order that their names are plucked from one of ZaSu’s trademark cloche hats.

And the first question goes to–me!

I shuffle shyly forward to the microphone, and the Master of Ceremonies–a poor man’s Bert Parks, begins.

“Your best friend is out of town,” the moderator intones, ”and her husband comes over late at night to borrow a cup of sugar to make hot toddies. What,” and here he pauses for emphasis, “would ZaSu do?”

I glance down at my left hand, on which I’ve written a sort of relaxation guide–not a crib sheet. “Breathe,” it says, “Swallow. Begin.” I close my eyes, follow my mantra, and launch myself onto the dark, unknown waters that toss before me.

“Oh dear,” I say, confidently projecting a lack of confidence. “I don’t know what I’d do!”