Mathematics genius Grigori Yakovlevich Perelman has refused over a million dollars in prizes for his work and has moved back home to live with his mother and sister. 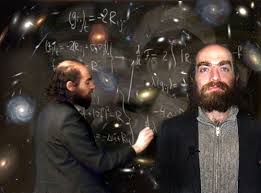 I’ve come to St. Petersburg to try and solve a riddle that has perplexed parents for centuries; how do you get a kid to move out of the house once he’s finished school and become the most brilliant mathematician alive?  I have some personal experience in this area, having hung around my parents’ place for three months after I graduated from college with the highest grade in my senior metaphor seminar.  It was an independent study so I got the lowest grade in class, too–neat trick, that.  I’d like to see a math genius figure that one out.

The mathematician in question is none other than Grigori Yakovlevich “Grisha” Perelman, who first turned down the Fields Medal worth $15,000, then the Clay Millenium Prize worth a cool $1 million, and then moved back into the basement of his mother’s apartment, where he plays ping-pong against a wall all day.  You can imagine how that’s going over.  PICK-pock.  PICK-pock.  PICK-pock.  All freaking day long.  No wonder his mother called me. 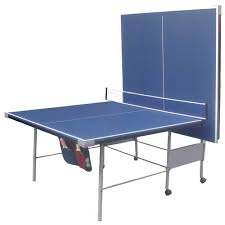 I knock on the door and steel myself for Perelman’s withering, owl-like glare.  He answers the door in his Babar the Elephant pajamas.  Cute, but not the sort of image you want to project if you want to persuade a math department to hire you after you unceremoniously turn down job offers from Princeton and Stanford, but maybe that’s his intent.

“What do you want,” Perelman asks, imperiously.  “I am in the middle of a ping-pong game against myself, and I don’t want to lose track of the score and find that I’ve cheated myself when I get back.”

“Please–she is not ‘mom’ to you.  She is Yana Kuzmin Perelman–all three, given name, patronymic, family name; nothing less.  Got it?”

Grisha’s face clouds over.  I can tell he wants to return to his masturbatory-ping-pong game, but I know that his mother has told him to go out and get a job–some job, any job–Harvard, MIT, it doesn’t matter, just get up and out of the house every day and earn your keep if you’re going to keep turning down million dollar prizes.  And make your bed, for God’s sake! 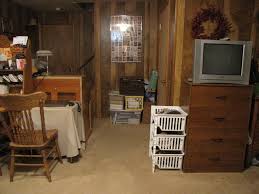 Grisha grabs a broom stick and taps the ceiling of his basement apartment several times.  I hear footsteps overhead, and soon we are joined by his mother.

“Grisha, this nice man is going to help you either get a job, or stop turning down all the big prizes people want to give you,” she says by way of explanation.

“I am not an animal in a zoo,” Grisha sniffs.

“You coulda fooled me,” I say looking around the cramped, windowless apartment.  “This is going to take a while,” I say to his mother.  “I’d better order a pizza.”

Grisha gives me a wild-eyed stare while his mother hangs her head.  “Thin-crust, all onion okay with everybody?” I ask.  Grisha grunts while his mom says “Fine” wearily.  I call the Domino’s in Pushkin Square and place the order.  “Do you have any coupons?” I ask the two after the guy at the other end of the line gives me the price.

“No–what need have I for coupons!” Grisha shouts at me.

“You keep turning down million dollar prizes, you’re going to need a lot of coupons, pal,” I say knowingly.

We sit down around a coffee table fashioned from an abandoned telephone cable spool, and I try to talk some sense into one of the smartest guys in the world.  If I break this logjam I hope to walk away with the $15,000 Fields prize money as a nice mediation fee.

“So Grisha,” I say, trying to put him at ease.  “What’s with the overweening pride?  Why can’t you just graciously accept it when some schmo wants to give you a million bucks?”

“You cannot cheapen mathematics with such meretricious frippery as a prize awarded by some stupid committee that does not understand my work!” he thunders.

“Meretricious frippery”–good one.  I’d been hoping to use that in a sentence first, but he beat me to it.  “Fine,” I say.  “It means nothing to you–but think of your mother.”

“Yes, Grigori Yakovlevich ‘Grisha’ Perelman,” she says, not stinting on the names in the hope of persuading her wayward son.  “Think of me.”

Grisha is sullen, like an overgrown teenager.  Happy to mooch off mom as long as she doesn’t make too many demands, I figure, but not willing to put himself out for the woman who brought him into the world.

“We are related, but blood is not as pure as mathematics,” he says coldly.  His mother breaks into tears at these words. 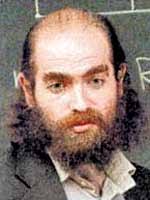 “I’m not just a mathematical genius, I’m the Czar of the Hair Club for Men!”

“Look, Grisha,” I say, changing to a brusque tone.  “If that’s the way you feel, then you should think of your mother as . . . your landlady.”

“Landlady?” his mother exclaims.  “But he is my baby!”

“There’s no way you’re going to get this guy to put down the ping-pong paddle and get a job until he understands what it costs to maintain his idle lifestyle,” I say.  “What’s a basement studio apartment go for in St. Petersburg these days?”

“I don’t know,” she says.  “I’ll go check the classifieds in Pravda.“  With that she toddles off up the stairs and I face Grisha again.  I hold all the cards now.

“Look, Brainy Boy, we can do this the easy way or the hard way,” I say.  “Either you start accepting some of the swag the world tries to throw at your feet, or you’re going to be paying room, board and laundry–you savvy?”

For the first time the genius’s face reflects a teensy tiny bit of sympathy.  “Well, I suppose I could use a couple hundred grand.”

“Are you kidding?  That’s just walking-around money!  Take the whole thing, stop riding the subway, get yourself a nice car.”

“All the big math geniuses ride in style.  A Cadillac Escalade, maybe a Lincoln Navigator.”

“Flashy?  Get outta town.  Did you ever see Poincare’s Stutz-Bearcat?”

“That thing was loaded.  Stackable turntable in the front seat so he didn’t have to listen to stupid AM radio.”

“Sweet,” Grisha says.  The doorbell rings–must be the guy from Domino’s.  “You need any money?” he asks.  I guess he’s finally coming around–starting to develop some feelings for his fellow man.

“I got it,” I say, being magnanimous.  “How much?” I ask the kid with the chain’s patented HeatWave Hot Bag, which eliminates unwanted moisture and keeps pizzas hot and crisp. 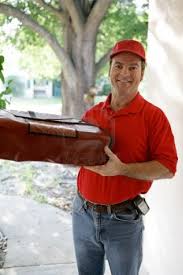 “Hey mister, I haven’t got all night.”