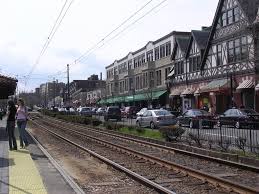 BROOKLINE, Mass.  This overwhelmingly liberal community is situated just west of Boston’s Kenmore Square, a proximity that sometimes makes for uncomfortable encounters between drunken sports fans and nightclub habitues to the east and more pacific diners from Brookline’s many vegetarian restaurants.

Brookline, Mass.:  A nice place to visit, but you wouldn’t want to eat there.

“One of my friends was pelted with tomatoes as he was getting into his Prius last Saturday night,” says Siobhan Thompson, a “vegan” or strict vegetarian, as she looks up nervously from her brown rice and cauliflower entree at the Wholesome Harvest restaurant.  “There’s a Mexican restaurant next door where college kids get plastered on margaritas, then they hassle us on the street.” 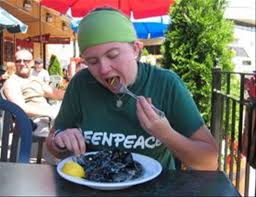 As if to confirm her assertion, a group of three obviously drunken young men can be seen through the restaurant’s windows.  “Rabbit food!” yells one at a couple who scurry quickly to a shelter for riders of the MBTA’s Green Line, rounding the corner just as overripe green and yellow peppers smash up against the clear plastic panels. 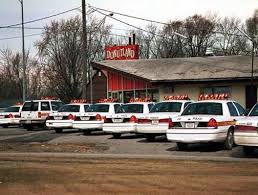 Police cars at donut shop:  What are the chances of that?

“I think it’s time to take defensive measures,” Thompson says as she taps out a text message to the Vegan Defense League, a vigilante group formed to fill the gap left by local law enforcement, who jam the parking lot a mile down the road at the Route 9 Donut Shoppe.  “By the time the cops finish their coffee and chocolate frosted donuts, we could be dead.” 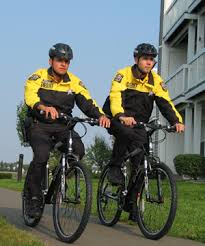 Outside the restaurant a sharp-eyed observer would notice stealthy figures on mountain bikes begin to take positions at strategic spots down the street and across the intersection from the Wholesome Harvest, with their weapons of choice–the Presto SaladShooter Slicer/Shredder–slung across their backs. 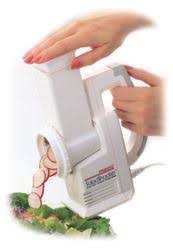 Siobhan and her friend Marcy Axelrod complete their scrupulous calculation of each woman’s share of the dinner tab (”I had four of the seven spring rolls,” Siobhan says, “so I’ll pay 57% of the appetizer”), add a 17.5% tip, and make their way to the exit, where they scan the sidewalk for trouble.

“Looks okay,” Marcy says, and she cautiously steps out onto the pavement. 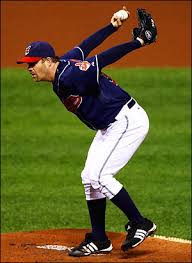 “Crunchy granola girls!” yells Sean Fitzpatrick, an anti-vegetarian “meathead” who is known for the ferocity of his attacks after a night of getting “fleshed up” at Barkley’s Roast Beef and Burgers.  Fitzpatrick starts to launch a piece of rotten fruit into the air, but he has barely begun his old-school wind-up when he is hit from behind by zucchini squash and carrots shot from the Vegan Defense League’s Salad Shooters.

“I’m hit,” Fitzpatrick yells to his two buddies, Charlie “Carnivore” Watson and Bobby Cassel.  Cassel takes off, fearing an arrest that will send him back to the Massachusetts Home for Wayward Boys, but Watson comes to his side.

“What’d they get you with?” he says as he bends over Fitpatrick, who has a thin, ”Day of Beauty”-type slice of cucumber over one eye. 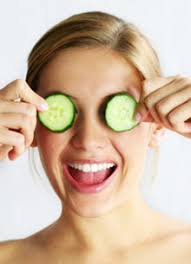 Watson is stunned as a thick chunk of carrot grazes his ear, and the Vegan Defense League moves in for the coup de grace.

“You wouldn’t kill us would you?” Watson begs as three herbivaceous commandos stand over the two meat-eaters.

“You deserve to die,” mutters Evan “Eggplant” Wilentz, a towering hulk of post-adolescent fury whose play about anti-vegetarian prejudice–”The Zucchini Diaries”–has been performed at student unions across New England.

Wilentz considers this point for a moment, then relents.  “I guess we’ll let you off easy this time,” he says.

“What’s our punishment?” Watson asks with an audible sense of relief in his voice.

Wilentz reaches in the pocket of his fleece pullover.  “You have to eat this carob-granola energy bar–without gagging.”

Available in Kindle format on amazon.com as part of the collection “Vegetables Say the Darndest Things.”