WORCESTER, Mass.  In non-descript office space that would overlook a winding river below if it had windows, the employees of Blackstone Adjustment Bureau are spread out more than they were last week as fears of the coronavirus have moved manager Dave Weltsch to take the least expensive precaution available to keep his business running.  “Obviously I could let people work from home,” he says as he stubs out a cigarette on a brick planter in front of the building, “but the temptation to goof off is too great when you don’t get out of your pajamas all day.”

And so a crew of eight is set to begin the day like any other before the crisis hit, but first Weltsch delivers a speech that is out of character at the company, whose bland name disguises its stock-in-trade; hounding consumer debtors to pay overdue credit card bills, auto loans and mortgage balances.  “Listen up, everybody, I got somethin’ to say before you begin your daily routine of dunning deadbeats,” he says, clearing his throat as his face takes on a serious mien.  “Obviously, there’s a lot of people hurtin’ out there because they’re laid off cause a restaurant is closed until further notice or something,” he says, a Styrofoam coffee cup in his hand.  “I want you to go out of your way to say something to make people feel better today, like ‘I hope you’re doing okay in these turbulent times,’ something that sounds sensitive like that.”

“I thought we were supposed to be insensitive.” 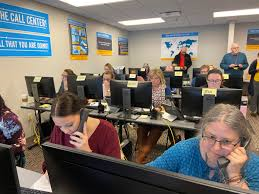 “Things are crazy right now, but they’re about to get even crazier!”

Weltsch’s face clouds over and he shakes his head in a commiserating manner.  “I know, it ain’t easy, you was just trained.  But the whole world has changed, we ain’t seen nothing like this since the Middle Ages.  So try to achieve”–Weltsch pauses, looking for le mot juste–“balance, okay.”

Abruzzioni, a college drop-out who recently audited a course at nearby Clark University on 20th century American novelists, seems puzzled at first, but then his face reveals a sense of enlightenment.  “So it’s kinda like F. Scott Fitzgerald?” he asks in the annoyingly declarative-inquisitive tone that members of his generation affect so as not to seem like the know-it-alls that they are. 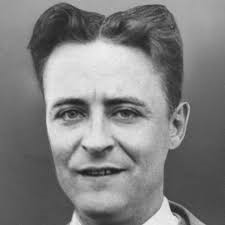 Fitzgerald:  “I have one opposed idea on each side of my brain.”

“He said ‘The test of a first-rate intelligence is the ability to hold two opposed ideas in mind at the same time and still retain the ability to function .’”

” . . . approach until further notice,” Weltsch continues.  “Here, take these scripts, and I want you to start every call today with the heartfelt expression of concern I came up with, then move on to your regular business.”

Weltsch hands out sheets of paper to each employee and after he scans it, Abruzzioni makes his first call of the day to Rose Alba Twarog, who has been laid off from her job as a cleaning woman in a downtown office building where most white-collar professionals now work from home until the virus blows over.

“This is Mike Abruzzioni from Blackstone Adjustment Bureau–how are you today?”

“Times are tough, I know.  And we here at Blackstone Adjustment Bureau hope you’re doing okay during this tumultuous period in our nation’s history.”

“I have to go down and apply for unemployment–what were you calling about?”

“I’m calling about the balances you have on your Value Brand private label credit card–it’s way up there, and I’m not showing a payment for the past two months.” 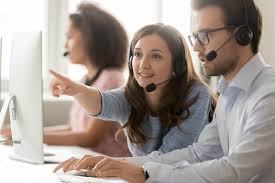 “And I hope you’re enjoying it, but you’re getting hit with late charges every day.”

“Well, like I told you, it’s going to be tough, I may not be able to pay you anything for awhile.”

“How about your husband?”

“Sorry to hear that.”

Sensing that the conversation is going nowhere, Abruzzioni checks his script and shifts gears from consolatory to professional.  “Well, that’s a very sad state of affairs, but you’re going to have to pay . . . $141.58 by next Friday, or we’re coming to take that couch away.”

“Please no, my husband, he needs to sleep there, I cannot stand to hear him groaning in bed beside me.”

Sensing trouble, Weltsch has moved in to supervise the coup de grace, hoping Andruzionni won’t go soft at the last minute.  The young man looks up at his boss, who gives him a nod, then moves his lips and mouths the words “Go for the kill.”

Abruzzioni gives him a look of grim determination, then turns back to his script.  “You know what I’m gonna do after work?” he asks.

“No, what?” the frightened woman asks.

“I’m gonna go to Costco and buy an extra-large box of tissues, so I can cry my eyes out when we take that couch away.”

One thought on “As Virus Spreads, Many Act Concerned Over Plight of Others”