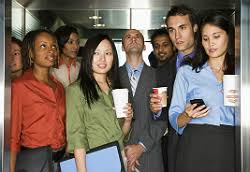 If the past is any kind of prologue, America’s white-collar work force will return to their jobs today through a kind of human resources mine field. Valentine’s Day was Friday, followed by the long holiday weekend for Presidents Day, which means the next work day will be the launching pad for more violations of corporate Dignity in the Workplace Policies set forth in three-ring binders than any of the other 364, or 365 in a leap year.

Why is this? Because of the social greeting that came into vogue approximately a decade ago–”How was your weekend?”

Originally used as a conversation starter by young people who actually had a life outside the office, it soon morphed into an all-purpose salutation, like “How are you?” but with its own special day. You can say “How are you?” any day of the week, but you can only say “How was your weekend?” on the first day after a weekend.

Unfortunately, while everyone understands that “How are you?” is a greeting, not a question, “How was your weekend?” hangs out there like a poorly-thrown curve ball, just waiting to be belted out of the conversational park by someone who either had a great weekend–”We went white-water rafting down the Alligashorostook!”–or a genuinely lousy one.

Since Valentine’s Day is the ultimate high-risk/high-reward holiday–”She said she wanted a Hoky Wet/Dry Sweeper–then she blew up when I gave it to her!”–you say the words “How was your weekend?” for the first time after February 14th at your peril.

Take, for example, the innocent young thing who’s been helping you with research. Sure, she’s making good money, but you get the sense that her holdover college boyfriend, the Johnny Depp look-alike you met at the holiday party, isn’t exactly a world-beater. 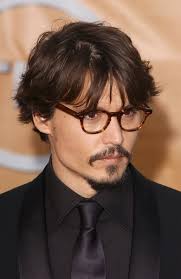 As you step into the elevator, she asks how your weekend was–the younger person always goes first–then it’s your turn. It is important at this point to have a doughy breakfast pastry ready–a dry scone is recommended. Say the words “Fine, how was yours?” then stuff the baked good into your mouth and proceed. 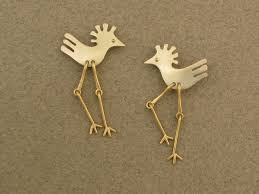 SHE: Okay I guess, although the only thing Salazar–you remember, my boyfriend–bought me was these goofy-looking earrings.

SHE: Thanks, but I know you’re only being kind. They’re not very professional looking, are they?

SHE: We seem to be drifting apart. Not me and you–me and him. When we first hooked up in college, I thought he was going to make something of himself, but he just sits around the apartment, working on a screenplay about giant mutant Vegas showgirls.

SHE: Really? Just cut him off from sex? That will do it?

Or take the case of the former roue who finally got snagged by a goldigger girlfriend, who demands ever-more expensive jewelry in order to fulfill her end of the marital bargain. He’s always irritable the day after Valentine’s Day, as his purchase of a gew-gaw that set him back a Benjamin received a lukewarm reception along the lines of “This is nice–for an appetizer. Where’s the entree?”

In this case, absolute clarity of diction is required so that there can be no insinuation that you started him down the ruinous path of divorce.

YOU: Hey Chuck–how was your weekend?

YOU: Say, that was some NBA All-Star Game, huh?

HIM: I’ve never met such an ingrate in all my life!

HIM: I give her the best years of my life, and expensive jewelry that can only be returned for store credit, and she goes and . . .

YOU: How ’bout those Bruins!

HIM: (pause) Are you even listening to me?

YOU: Have a nice day!