NEOSHO, Mo.  This city in southwest Missouri sits smack dab in the middle of “Tornado Alley,” a well-worn path taken by twisters as they rotate out of Oklahoma into the Kansas City area.  “I thought tornadoes were a fairy tale, like the Wizard of Oz,” says Southwest Missouri Teacher’s College quarterback Justin Fairweather, who grew up in Pennsylvania.  “Then I showed up for two-a-day practices in August.”

“Holy cow–can I get my tuition deposit back?”

But the Hilljacks, as the school’s team is known, persevered despite the fact that their tackling dummies and blocking sleds had been blown across a three-state area.  “These kids, I can’t say enough about them,” says coach Jim Ray Howell.  “They were faced with a human tragedy of immense proportions, and they were able to completely ignore it and focus on football.”

While many families lost their homes and loved ones when one of nature’s most violent storms hit this quiet community of 10,000, the young men faced another kind of devastation; the town’s fast food strip on Route 60 had been demolished.  Where once there had been a Domino’s, a Pizza Hut, an Arby’s and other franchise outlets, there was nothing.  “I don’t want to suggest that other people suffered less than me,” says tight end Mo Grant, Jr., “but have you ever had the Quizno’s Honey Bacon Club?  I would kill for one right now!”

“The only fast-food joint left was the Tornado Dog,” a local hot dog and root beer chain, notes Englander.  “I thought about transferring, but I decided to suck it up and eat nothing but dorm food if that’s what it was gonna take.” 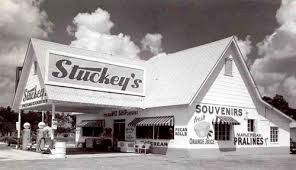 Other recruits agreed, and the Hilljacks recovered from an 0-2 start to finish the year 6-6 and win an at-large bid to the Stuckey’s Praline Mediocrity Bowl, the first bowl game in SMTC’s history.  The Hilljacks will face the South Central Carolina State Brush Hogs, another Cinderella team that overcame adversity in their quest for a post-season bid.  “We started the year with 23 players on academic probation,” says Brush Hogs’ coach Wendell Evans.  “It took a heap of Driver’s Ed and Introduction to Hand Fishing courses to bring everybody’s GPA up to passing.”

Comments For A Sunny June Day