NEWTON UPPER FALLS, Mass.  It’s a warm summer night in this highly-educated suburb of Boston, but Evan Dwinnel is feeling a distinct chill in the air, and not from the ancient air conditioner at the bookstore where he works, The Drowsy Dragon.

“What if we started off slowly, and I gave up exclamation points first?”

“Is something up with Chloe?” Dwinnel asks fellow staffer Ollie Mason, who is hauling a box of books in from the back loading dock.

“She’ll be fine once tonight’s feature attraction is gone,” Mason says grimly as he stacks copies of “Desolate West Texas Polka” on a table where the author, Colin McReedy, will be reading in a half hour.  “She’ll come back down to earth after an evening without commas.”

“A real man would never use commas he would just keep talking then maybe punch you.”

McReedy is the leading exemplar of the “no punc” school of male writers in the mode of Cormac McCarthy who have garnered critical acclaim, and the hearts of female readers, with their tough-guy, no-frills approach to fiction, stripping their sentences bare of quotation marks and commas.  “McReedy and others like him are hell-bent on reducing American fiction to nothing more than nouns and verbs,” says Professor Martin Hurley, an English professor at Massachusetts University who teaches a course on McReedy and other “no punc” writers such as Ty Burnham and Sam Carpenter.  “I can envision the day when one of them will do away with periods and produce a novel that’s just one big run-on sentence.”

The no punc writers first eliminated semicolons, with McReedy angrily tossing a batik pillow at an interviewer on a National Public Radio show as he shouted “Semicolons are for wusses!”  Next came quotation marks–sometimes referred to as “inverted commas” by British editors–around dialogue, and last fall commas were declared forbidden at a panel on the nascent movement at the Modern Language Association’s annual meeting.  “A typical line from a no-punker would go ‘He looked at Mattie the waitress at the cantina tired from decades of serving frijoles to desperate men and said Mattie I will have the huevos rancheros that is what sounds good to me,’” according to Hurley, who is staking his hopes for tenure on a ground-breaking study of the movement.  “You’ve got fewer signposts to guide your movement down the page than a rattlesnake wriggling across the Texas panhandle, whatever that is.” 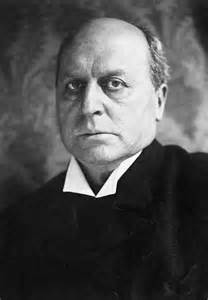 James:  “For me, the comma is as essential as breathing, as inhaling, then, of course, exhaling.”

But all that is academic for young men like Dwinnel.  A former English major biding his time at the bottom of the literary food chain, he scribbles at night but now finds his hard-earned mastery of Henry James–the writer with the highest comma-per-word ratio of all time–counts against him in the eyes of young women with artistic pretensions and dreams of the Great American Novel dancing in their heads.

“Hey Chloe,” he says as the object of his affection passes close by him between stacks of shelves holding the hopelessly over-punctuated product of past generations of writers.  “Think we’ll get a good crowd tonight?”

The young woman, a willowy brunette who has swallowed the no-punc manifesto hook, line and sinker, gives him a sideways glance dripping with contempt, then stops to check her plunging neckline in a mirror.  “Oh Evan,” she says as she strategically tugs her bodice southward, “why don’t you go stick a comma in it.”