WASHINGTON, D.C.  President Biden said Monday he would nominate Federal Reserve Chairman Jerome Powell to a second term, hoping that continuity in the central bank’s leadership would calm inflation fears, but the announcement left one person far from placid.  “GODDAM YOU WANNA GIT PRICES UNDER CONTROL I’M THE MAN FOR THE JOB” rapper Kanye West said in his characteristic all-caps style in a “tweet” he sent out to his 368 million followers.  “PRICES IS TOO DAMN HIGH WHAT YOU GONNA DO BOUT IT?” West continued, revealing a less dovish approach towards the nation’s money supply than Powell is known for. 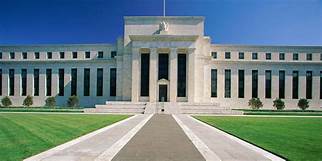 West has a history of protesting honors awarded to others that he believes should have been conferred on him.  In 2009 he disrupted the MTV Music Video Awards when Taylor Swift won the Best Female Video award, and when Jorge Mario Bergoglio was elected Pope Francis I in 2013 West stormed the Vatican and demanded to be canonized as Saint Kanye the First, saying “HE FROM BUENOS AIRES THAT AINT SHIT I’M FROM ATLANTA!”

The Federal Reserve is the central banking system of the United States.  Kanye West now goes by the name “Ye” but was born Kanye Omari West.  He is an American rapper, record producer and fashion designer, and in the last-named capacity has been a frequent critic of Fed Chairman Powell.  “WHAT YOU WEARIN BOXY GREY SUITS ALLA TIME FOR MAN?”  Powell has refused to be engage  with West, saying “The role of the Federal Reserve, as stated by former Chairman William McChesney Martin, is to take away the punch bowl just as the party is heating up.   In that capacity, it is best if I do not wear ‘party clothes’ to work.”

West is reported to be worth $6.6 billion, and is thus in a position to provide liquidity to commercial banks in the event of rapid deflation in asset values.  The current salary of the Federal Reserve Chairman is $203,500, and so West’s quixotic quest to replace Powell would come at a high personal cost.  He has compared himself to Jesus Christ and Moses, religious figures who are generally held in lower esteem than former Fed Chairman Paul Volcker, who brought inflation under control in the 1970s.

“Who do you think you are, Paul Volcker?”

West has twice been named one of the most influential people in the world by Time, a non-influential weekly magazine, but covets the respectability that the Federal Reserve position would bring him.  “PEOPLE SAY I’M NEVER BORING,” he wrote in a tweet storm yesterday, “I’M GONNA PROVE ‘EM WRONG.”