BOSTON. This city with its many colleges and universities is a mecca for young men and women looking for that special someone to spend the rest of their lives with. “I’m having a blast with my single friends right now,” says Caitlin Morgan, a senior at Boston University, “but I’m always on the lookout for Mr. Right.” The high level of education among young adults here means there is less emphasis on the bar scene as a source of dating and mating prospects, however, and there are numerous social groups that cater to singles with specific interests. “There are clubs for tall people, outdoorsy types, and bridge players–even bowlers of Armenian descent,” says Myra Florin, founder of a local dating service. 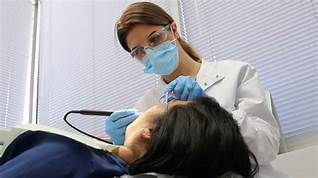 Playmate of the Month

But until recently there has not been a place for Lyle Mason, a graduate student in physics at MIT, and Colleen Harrigan, an editorial assistant at a textbook publisher. Their niche? “We’re dental hygiene freaks,” says Mason as he pulls a dispenser of cinnamon-flavored dental floss from his shirt pocket. Oral hygiene fanatics have historically been at a disadvantage on the dating scene because of perceptions that they lack spontaneity. “It’s a real turn-off for me if I’m ready to hop into bed with a guy and he tells me first he has to rinse with anti-plaque solution, then brush, then floss, then use mouthwash,” says Bonnie Truman as she sips from a Cosmopolitan at Rise, a hot singles bar. “By the time he’s swirling whitener around in his mouth I’ve lost interest.” 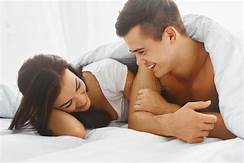 So Lyle, Colleen and other like-minded flossers formed “Fresh Kiss”, a members-only social network with rigorous entrance requirements. “No smokers, no pepperoni, and don’t even think about applying if you don’t own a tongue scraper,” says Amanda Binshoff, the club’s president-elect.

In addition to fun social events the group supports research to find a cure for halitosis, the debilitating oral disease that they say strikes three out of every ten Americans. “It’s really an equal-opportunity crippler,” says Binshoff. “Rich people get it from eating brie, and poor people from eating pig’s knuckles.” 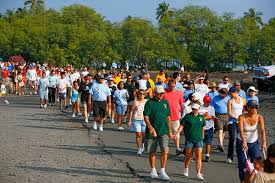 Fresh Kiss hopes to raise a million dollars with its first “Walk for Fresh Breath,” a fund-raising event in which donors solicit pledges from friends and co-workers for every mile they walk. “If we can raise awareness of halitosis by tying up traffic in Boston on a nice spring day,” says Binshoff, “it will be worth the suffering we endure from the bad breath of all the drivers screaming at us.”