I have noticed on social media lately, especially on Twitter, the practice of taking opposite terms and describing them as independent forces working against each other or even going a step further and superimposing spiritual powers behind them.

Here are some of my favorites along with my own spin on them.

Hot and cold are not really opposite and independent entities.

Heat is generated by some type of energy. Your furnace burns gas or some other type of fuel source to produce heat. By contrast, an air conditioner does not produce cold. An air conditioner removes the heat. Cold is simply an abstract term that we use to describe the absence of heat. When heat is so completely absent that there is simply no heat at all we call this point absolute zero. I would say that really is cold. No, I mean really, completely cold in the most absolute sense of the term. 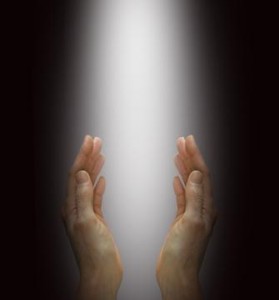 For light to exist there has to be a source. In every day situations light comes from some type of a bulb or a natural source such as a star like our Sun. Moonlight is actually reflected sunlight. If you do not have a source of light or if something is negating the light then you are in darkness. Darkness, much like cold, is not necessarily a thing.

In spiritual terms light and darkness are used to represent good and evil forces. I would presume in this context many people believe that evil forces are exerting darkness over the world. However, I did hear a sermon not too long ago that did more correctly analogize the practical application of the terms of light and darkness. The point of the sermon was that we wonder in darkness until God’s light shines upon us.

Okay, now things are getting a bit tricky. Is evil the absence of good?

I am not sure on this one. I have had people tell me that evil is a manmade manifestation. I have had others insist that we must resist evil.

My small opinion on this is that evil in the absence of good sounds passive. For example, someone who walks by another person who needs help would be committing a passive evil and I would accept simply the absence of good in that situation. A murderer, on the other hand, has committed a more proactive evil deed. To me that is more sinister than just not being good.

Are these separate active emotions or is hate the absence of love?

I would say that these are both equal and separate emotions. One could ridiculously go on with this, for example, is sorrow the absence of happiness? We intertwine love and hate because they are both very passionate. Love can turn into hate very quickly even though, regrettably, it does not happen the other way around too often.

Is stupidity the absence of genius?

I suppose one could say that ignorance is the absence of knowledge. However, in regard to stupidity there is a different dynamic most of the time. There are some folks who are so blissfully ignorant yet so self-assured that no amount of knowledge in the world will ever help them. So, I would have to say that stupidity truly is a force unto itself.

The difference between stupidity and genius is that genius has its limits.
-Albert Einstein

Okay, these are the kinds of things that occur to me when I have too much time on my hands and spend idle time on Twitter. I probably should go now and get some work done.

Besides, those voices in my head are calling me again.

3 thoughts on “Up and Down, Inside and Out”