Skip to content
Recent Humor
Laugh Today–or Else
Ripping the Headlines Today, 1/16/22
Falling Out of Trees Over Jane Goodall
Oscar The Sarcastic…
Ick Ushers In 2022

In some African traditions, the wasp is a symbol of control over our life circumstances. Symbolic messages the wasp sends us: Are all my affairs in order? Am I aligning myself with my goals? Am I procrastinating about something? 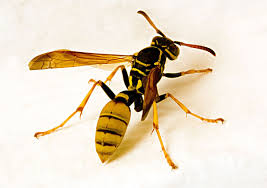 People think it’s easy being a wasp–no honey to make, like those stupid bees, just fly around and, when the opportunity presents itself, sting the hell out of somebody.

Fat chance! I’m buzzing my butt off, even in WASP neighborhoods where people are supposed to have their shit together. Being the symbol of control over life circumstances is the kind of job where you never get a day off.

Take, for example, this household. Woman’s always bugging the man to get his affairs in order, buy more life insurance, the “kind they can never take away from you.” She got that cockamamie idea from a friend of a friend–what a chick way to do business!

He always says whole life is a bad deal, just buy term and invest the difference in the market. She’s the nervous type: gets all her news from television, predicts 6 out of every 4 recessions. She wants him to put it all in a bank, where it’s a big deal if they pay you .95% interest. “But they give you a present too,” she says, “a nice picnic basket. We never go on picnics anymore!” 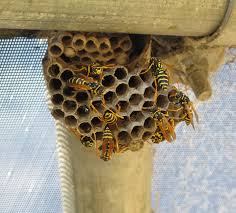 “Humans–what a bunch of idiots!”

Then she turns on the waterworks–the emotional appeal–and he starts getting weak in the knees. Time for me to shock him back into reality.

I’m on my way, having saved his portfolio for another day. What else we got going on?

Oh for the love of Mike–lookit these two! They’re having a “serious” discussion about whether he’s “aligned with his goals.” He’s thinking about quitting his job, taking the money out of his 401k, and investing it in–a cotton swab franchise.

“Honey,” he says, “I’ve always wanted to own my own business. Americans will always need cotton swabs–don’t say Q-Tips! See, it says so right here in the prospectus.”

I buzz around a bit, hovering in the air, trying to see what he’s signing up for. A hundred thousand dollar franchise fee! Are you nuts?

“I feel I’m . . . stultified at work.” Of course you are–that’s why they call it work. “I don’t want to die wondering if I could have been a successful franchisee, working for myself instead of some faceless CEO back at headquarters in . . .” 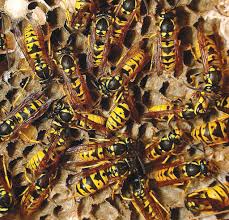 That was a close one. The wife will look back on this moment in their marital history and thank her lucky stars that I zoomed out of the sky like Superman and stopped her dingbat husband from taking the road less traveled. It’s less traveled because it’s for losers!

Good Lord–what is this guy doing? He’s about to tighten the bolts on the basketball goal so his son can practice his dunk shot. His kid says he’s been procrastinating too long–must have been this week’s vocab word.

Dad, you’ve got it exactly backwards–it’s a good thing ya boy’z not out here night and day playing H-O-R-S-E when he could be studying Algebra II. Do you realize what the odds are against him even making the varsity, much less getting a college scholarship or going to the NBA? You want him inside studying–believe me!

And that’s where I live, pal. I’ve spent a lot of time and effort making a cozy little wasp’s next right there where the backboard meets the pole. Nobody comes into my house like that–time for some defensive pressure. Wait until he gets up on the ladder, wrench in hand, and . . .

Wow. I guess that cement stuff is harder than it looks.

One thought on “A Wasp’s Life”