Despite hundreds of thousands of likes and comments, a picture on Facebook has remarkably remained unchanged. 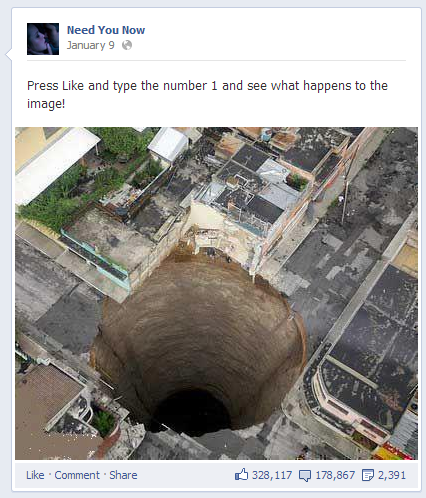 It is not known why the picture has not changed, when clearly the instructions imply that it will. Perhaps the number “1” must be entered in another language, like Spanish. There must be some rational explanation as to why the picture has remained unchanged. After all, just a few key presses make M&M people dance on the screen in that one commercial. Surely a Facebook like should produce something at least as remarkable. Could it be a giant worm? Is it Superman?

In any case, over 2,000 people have shared it in the hopes that one of their friends will be able to figure out what the problem is. Hopefully this issue can be cleared up soon by tapping into the collective wisdom of the internet!