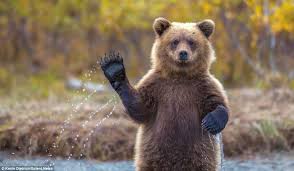 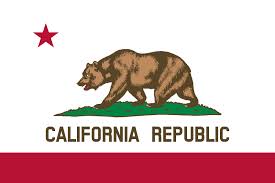 Okay, by now you have probably gathered that I am highly impressionable and easily swayed by what I see on TV, which is dangerous since I work as a sound mixer on commercials.

I recently worked on the Energy Upgrade California campaign that makes use of a live action animatronic bear to encourage Californians to save energy, save money, and “stay golden.” I guess through the threat of mauling.

Can I just say right now that I loved that bear?   He seemed so real.

So I stole him.

When they called “wrap” on the last day, and after the special effects boys had closed the gate on their truck and headed off to say their goodbyes, I borrowed an equipment cart from the grips to use as a shield, snuck into the back of the Effects truck, tossed a couple of furniture pads over the bugger and, ahem, borrowed him. It was easier than I thought. Too easy.

Operating the bear took a little getting used to. The controls aren’t as easy as, say, doing sound. And driving my van while inside the bear? A little harder. But you know what is fun? Pulling up next to people at a stoplight, whipping out my phone and texting. People don’t have as much to say when a bear is texting while driving. 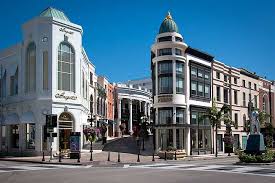 Once I got the hang of it, I headed to Beverly Hills for a little terrorizing of Rodeo Drive. I mean a bear rampaging down the posh sidewalks of BH? That’s got to cause some pretty cool pandemonium, right? But everyone there just took it in stride.

“Oh look, isn’t that the bear from the Chobani Yogurt spots? We have the same agent.”

“Oh look, there’s the bear that fishes from the stream in that Birds Eye spot. I hear he’s actually hard core vegan, so they had to have a stand-in bear for the eating shots.”

“Oh, that bear has definitely had work done.”

I was so disappointed, and kinda hot and sweaty by this point, that I figured I’d just head for home. “This is gonna be fun,” I thought. I can do some real scary damage with my family; you know, the kind that takes years of therapy to fix.

I was giggling inside the bear suit when I burst through the front door with my giant bear arms flailing, knocked over a couple of lamps, plopped my furry ass down in a chair, slammed my clawed paws down on the table and ROARED.

“Daddy’s home,” yelled the 10-year-old, without looking up from her phone.

“I need a ride to Maddy’s house and a hundred bucks like right now, ” said the 15-year-old. 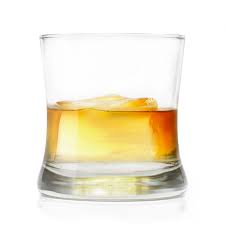 “Tough day at work dear?” asked the wife, putting a scotch in front of me. One cube. I love that woman.

I sheepishly returned the bear in the morning, mumbling some excuse about it getting mixed up with some of my jackets.

We really ought to have better security.

14 thoughts on “Get That Bear An Agent”