Skip to content
Recent Humor
As Faulkner’s Birthday Nears, Mailmen Ask “What If?”
Ripping the Headlines Today, 9/18/20
“Participation” Trophies Find New Life in Freedonian Infrastructure
Factuality…
For Some Couples “They’re Playing Our Song” Has a Jingle to It

BOSTON.  Ted Wyzinski is a familiar sight to those who work in the South Station area here, his grizzled visage a reminder that in the race of life there are both winners and losers.  “I went off the rails in the 70s,” he says as he accepts some spare change from a passerby.  “I heard Morris Albert sing ‘Feelings’ and I guess I let my emotions take control of my life.”

Ken Venezia, by contrast, is a young man with a seemingly unlimited upside.  “He’s one of the ‘go-to’ guys in town if your start-up in the psycho-babble pharmaceutical space needs funding,” says Dean Cleska, whom many consider the dean of New England angel investing. 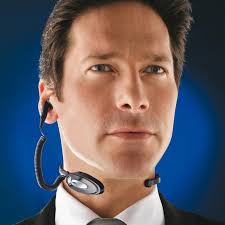 “I know I look like a dork, but I feel really cool!”

But Wyzinski and Venezia have at least one thing in common; they walk the streets of this town talking to unseen listeners.  Wyzinski has been diagnosed as a paranoid schizophrenic, while Venezia’s ailment is generally considered to be even more crippling; “Ken is a greed-obsessed yuppie,” says Cleska, shaking his head with avuncular amusement as he looks at Venezia’s “Bluetooth” headset embedded in his ear.  “The only known cure is to move into a McMansion and become a greed-obsessed suburbanite.”

But until that day comes, the two are paired in a unique program that brings disassociating street people together with yapping financiers to ease the stigma attached to homeless people who talk to themselves.  “It’s been a godsend,” says Wyzinski in a rare lucid interval.  “Before, I’d talk to myself and people would stare at me.  Now, I talk to myself and nobody notices except for the ones who scowl at Kenny’s twit-worthy Vineyard Vines ties.” 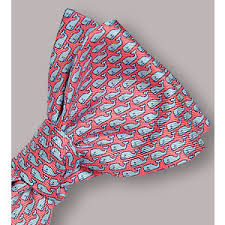 “Don’t you have anything with a few more whales on it?”

Self-absorbed talkers are a major source of urban anxiety, according to Dr. Philip Reiff of the Doris K. Seidermann Institute here.  “When you talk out loud to yourself in a big city people assume you’re crazy,” he notes as he trails a few yards behind a venture capital-wino pair he put together this morning.  “That’s not necessarily true, but it’s a good indication you should run like hell to the other side of the street.”

But Wyzinski and Venezia have established a rapport that puts fellow pedestrians at ease as they stroll rapidly down Federal Street, speaking with animation and gesturing with their hands.  “I enjoy my talks with Kenny, even if we don’t really communicate,” says Wyzinski.  And for Venezia?  “Listen, I’ve got to go,” he tells an unwelcome caller on the other end of the line.  “There’s some nut trying to talk to me.”

One thought on “New Program Teams Bluetooth Yakkers With the Demented”