A kiss shared between two men during the televised 2014 NFL draft had media outlets buzzing. Many complained about draft pick Michael Sam kissing his boyfriend on live TV. The event forced many parents to show their young children that they are terrible people. We’ve gathered some comments from the web site www.WhatDoWeTellTheChildren.com. 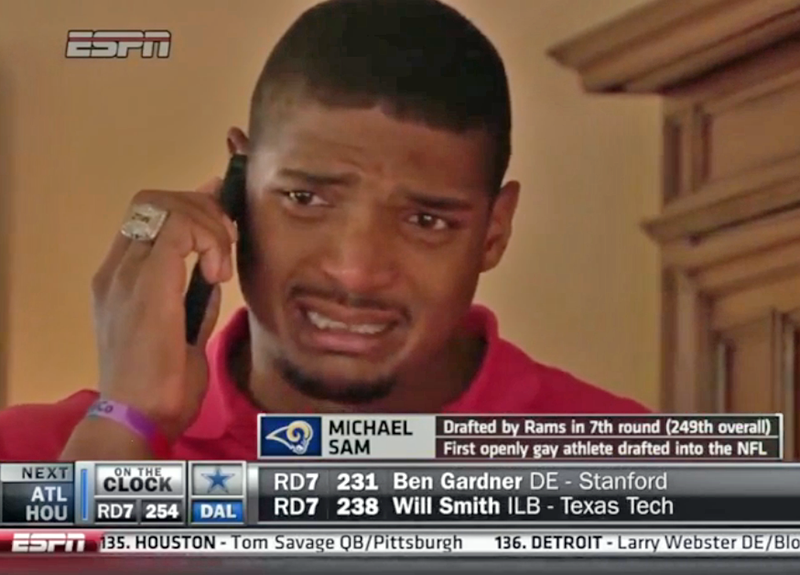 “These kids are simply not equipped to deal with seeing these kinds of things! I know my kid saw it, but he didn’t even say anything. He acted like it was no big deal. He must have been in so much shock that he was unable to even speak!”

“I immediately turned off the TV and tried to compose myself so that I could explain this atrocity to my child. But he wouldn’t listen. ‘Who cares, mommy? It’s not any of my business. He seems happy.’ It took me a good 45 minutes to explain to him that this was totally wrong. And I’m still not sure I got through to him!”

“OMG – My daughter saw that with her own eyes! I asked her if she wanted to pray for the sinner on TV and she said, ‘Why shouldn’t he love who he wants to?’ This is what kids are being taught in Obama’s America today. So sad. I fear the next generation is lost already.”

“‘Cover your eyes!’ I yelled. But he said that he knows plenty of “cool, gay people” and it doesn’t bother him. I told him there’s nothing “cool” about burning in hell! And he looked at me like there was something wrong with ME!”

Many hold out hope that over time, possibly with a more traditional President in office, these children will finally come around to their parents’ archaic and hateful way of thinking.