Skip to content
Recent Humor
Quiz: Coronavirus Cure/Not A Cure: Trump Edition
Sometimes, I Get The Strangest Feeling
Day 56 in quarantine – I built a computer but it doesn’t work…
Bon Jovi Responds To Humoroutcast Article About His COVID19 Song Contest And One Participant In Particular.
Nuns Help Those for Whom Drag Race Life is the Pits 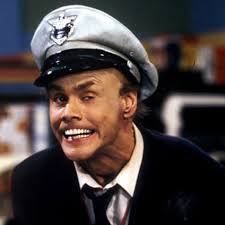 We are always thrilled when humorist, author and speaker June Cline visits HO. 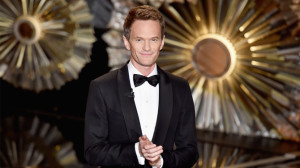 Over two weeks later, I’m still thinking about the perfection of Neil Patrick Harris’s (aka, NPH) opening line in the first fifteen seconds of the 87th Oscars. You’ve probably seen it a dozen times by now. And, politically correct or not, depending on your beliefs, eight seconds of solid punch line laughter is golden in any venue when you are the speaker.

As a professional speaker and humorist, I love to make people laugh and learn through the power of humor. Dissecting what makes humor work is a passion for me. In fact, in my research and study of humor and laughter I determined there are four distinctive styles of humor–four C’s that totally categorize the humor approach of comedian and humorist alike.

I call them the Four Quadrants Of Comedic Styles©. The four C’s are: Crazy, Caring, Cerebral, and Caustic. Neil Patrick Harris’s “crazy” comedic style had many of us at hello.

Here are three points I believe every speaker can take away from his ten word, crazy comedic style opening.

1. Address the elephant in the room. What are you really facing when you stand in front of your audience? Do you know? You should. And, while each situation determines how and if the elephant should be handled, taking on the obvious can provide instant relief when humor is applied and laughter breaks out. Yes, it can backfire. The crazy comedic styles know that and are willing to risk it anyway. Neil Patrick Harris was masterful in blatantly delivering comic relief to the obvious hottest topic of the Oscars.

2. Misspeak yourself. This is one of the most powerful techniques I teach when coaching clients on adding humor to their speeches and presentations. Intentionally say the wrong thing. Is there anyone on the planet who has not had a wrong word fall out of their month? The misspeak is often the loudest laughter of the speech and sometimes creates its own shelf life. Making the ridiculous funny is another trait of the crazy comedic style; often being remembered long after the speech is gone. That will be the case with this opening Oscar line. The brilliance of the Neil Patrick Harris misspeak is he put the onus on himself. His humor was pointed in. Harris became the “butt” of his joke. The lovable blunder from a likable man brought laughter to an awkwardly tense topic. “The best and whitest…I mean brightest,” will go down in the annals of Oscar comedic history. Just wait and see. The intentional misspeak heard around the world.

3. Play the moment physically. NPH did it beautifully. He allowed himself, for just a moment, to bask in the outrageous-ness of “accidentally” confusing ’whitest‘ with ‘brightest.’ He allowed us in on the joke with his sheepish grin and “Aw shucks, I messed that up,” body language. Physical extension is another characteristic of the crazy comedic style. Just think, no–study comedian Jim Carrey for outrageous physical humor going for the laugh.

Neil Patrick Harris, though ‘lite’ years more subtle than Carrey, still extended the laugh life of his misspeak with his physicality of letting us in on what he knew. A full eight seconds of hard-core laughter followed. In comedy world and laugh land that can feel like a glorious eternity that still fades to fast. On the Harris vs. Carrey spectrum of movement, how physical are you willing to be? Do you play in the moment milking the laughter for all that its worth with your physical movement?

Can you have your audience hollowing with laughter in ten words? Sure you can. But it takes hard work. It takes blatantly addressing the obvious, making the ridiculous funny maybe with a misspeak or becoming the butt of the joke, and getting physical enough to extend the laughter longer. Crazy? It can feel like it, especially for those not in the crazy comedic style quadrant. But as Neil Patrick Harris showed us (right down to his underwear—did I mention his comedic style is crazy?) with a solid punch line, the laughter is golden–even befitting an Oscar. So, go for it! Get a little crazy. The crazy comedic styles do it naturally–shocking the rest of us in to laughter that we love.