I have generally found that, if you are in quest of some certain escape from Philistines of whatsoever class—sheriff-officers, bores, no matter what—the surest refuge is to be found amongst hedgerows and fields, amongst cows. 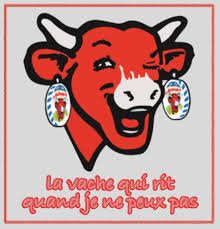 I first encountered La Vache Qui Rit in a little neighborhood grocery store in the Hyde Park neighborhood on the South Side of Chicago.  She was, in a word, irrepressible.  “Look,” she said to all and sundry, including those over in the sundries section.  “‘Cheese flavored food product,’” she read from a package of American “cheese,” breaking out in laughter.  “It isn’t cheese, it’s a ‘cheese-flavored food product.’”

To say that I fell in love with The Laughing Cow at first sight would not be an understatement; she was “La vache qui rit quand je ne peux pax,” viz., “The cow who laughs when I can’t.”  Burdened as I was by hours of freshman homework in the humanities, social studies, the physical sciences, phys ed and of course French, I had neither the time nor the energy to laugh–I needed a bovine friend with little cheese wheel earrings to do my laughing for me.

It was Charles-Andre-Joseph-Marie de Gaulle, the first president of the Fifth Republic, the man named after quadruplets who cracked “How can you govern a country which has two hundred and forty-six varieties of cheese?”  “Je ne sais pas,” as I used to say when Dr. Bell or Madame Cooney or Mademoiselle Quintana or Monsieur Isacharoff, the four pedagogues who tried unsuccessfully to drum French into my head, would ask me a question.  En Anglais: “I don’t know,” because the only cheese I ever needed was La Vache Qui Rit. 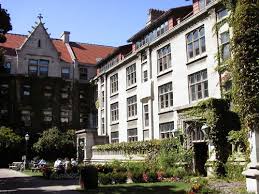 “I was wondering–do you think you could help me fend off a few bores?” 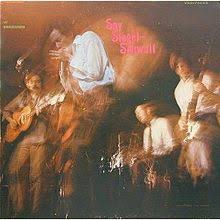 Siegel-Schwall Band:  They may be bad, but they’re also boring.

“You mean The Siegel-Schwall Band?”

“. . . on the nosey, who’s too big for any one department, and becomes his acolyte.”

“I don’t know,” she said, her fescue-sweetened breath blowing my way.  “That’s two tall orders.  Anybody else?”

“It’s like he’s already become an old fart at the tender age of eighteen.”

“Smokes a pipe.  Has elbow patches on his sweaters.  Says things like ‘I’m in the mood to read a really good epic poem.’”

“Professors?  You got it.  He brought his own file cabinets to school with him.” 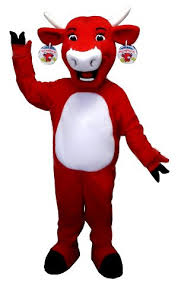 “I think a case like that is probably incurable.  You can’t help somebody who’s the product of inbreeding.”

I figured she was right on that score.  “So what can you do for me?”

She looked off into the distance, as if yearning for the peace and contentment of her home in the former French province of Bresse.  “I can give you the tools,” she said with a distracted air.  “What you do with them is up to you.”

I gulped in recognition of the challenge that lay before me.  “Okay,” I said solemnly.  “Let’s do it.”

“Where are we going?”

“To class.  Let’s start you out easy with a feckless academic.  They’re easier to cow.”  She said this with a glint in her eye, seeing if I caught her play on words.

“Watch out for bovine flatulence.”  So earthy!

We made our way to the building where the Department of the History and Philosophy of History and Philosophy was housed, and made our way to the fourth floor, where an eager retinue of acolytes sat waiting for the entrance of the semi-great professor.  I sat down at one of the rectangular tables, each with an ashtray that said “No smoking” on it.  I looked around, but didn’t see any bottles that said “No drinking” on them.

At the stroke of the hour he entered; the fraud, the con man, the second fiddle, the guy who’d parlayed a symbiotic (if not parasitic) relationship with the great translator of Aristotle into a cushy position with tenure; two courses a semester, a sabbatical every seven years, three months off in the summer.  Nobody ever went into academics looking for hard work. 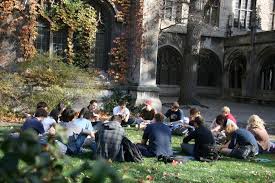 “I thought we’d have class outside today so you wouldn’t be stifled by my hot air.”

“What’s this guy’s game?” Vache whispered to me as he sat down.

“He’s the Professor Irwin Corey of academia.  Talks a bunch of nonsense but makes it complicated so you think it’s your problem if you don’t understand.”

“It is your problem–he’s handing out the grades.” 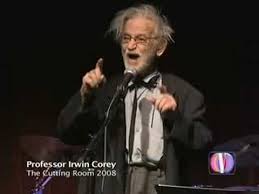 The prof gave everybody a poop-eating grin, the way Oprah or a Tonight Show host looks out on an audience that’s been warmed up for them.  “Let’s dive right into Lucretius!” he said, but everyone knew that was a head-fake.  He wouldn’t stay with the Roman poet-philosopher long enough to make a cogent argument; he’d be off to the races, comparing him to Rousseau, Marcel Duchamp, Neil Young and Shemp, the Fourth Three Stooge. 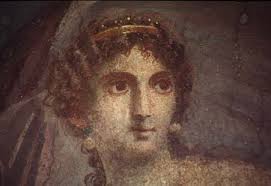 Lucretius:  “What’s with the No Smoking ash trays?”

The neophyte intellectuals were scribbing away, except for one particularly devoted devotee named Eliot–figures–who had brought a tape recorder.  He didn’t want to miss a word while writing, which would also detract from his ability to fawn.

The prof was going a mile a minute and almost missed the exit for Sartre, and so had to slam on the brakes and double back.  La Vache seen her opportunity and took it, like Tammany Hall boss George Washington Plunkitt.  “Excuse me,” she said after swallowing the cud she’d been chewing.  “Is this little bout of logorrhea going anywhere?”

The academic was caught off guard by Vache’s no-nonsense air.  He was used to having his ass kissed, not kicked. 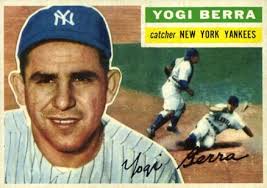 Berra:  “There is nothing so powerful as an idea whose time has come.”

“Excuse me?” the prof said.  “You’re introducing a lowly baseball player into a colloquy about the greatest minds of Western Civilization?”

“He’s the second most quoted person in history after Lewis Carroll,” Vache said.  “As Casey Stengel used to say, ‘You could look it up.’”

The professor had been knocked off his balance, but he regained his footing on the firmer ground of academic bureaucracy.  “I don’t believe I’ve seen you in this class before,” he said blandly.  “You know you can’t audit a course without the registrar’s permission.”

“I’m a visiting faculty member in the French department,” she said.  “I’ve come to America to see how we can improve on our academic inefficiency.”