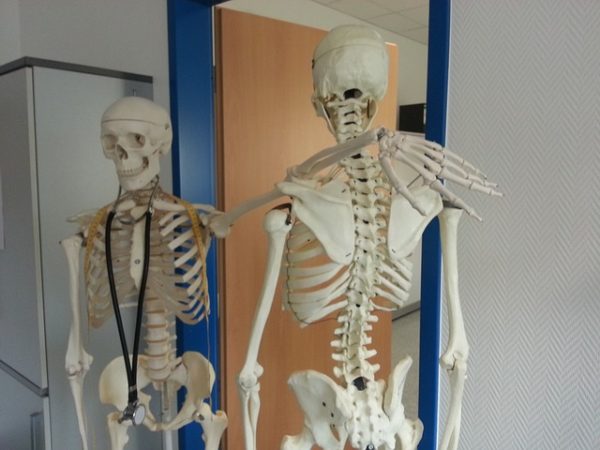 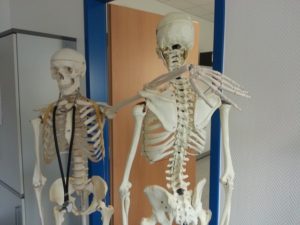 In my day job, I’m a freelance medical copywriter, so I get to throw around a lot of clinical jargon. In my other day job, I write a humor blog, where I sometimes simply make up words. Put it together with the fact that I’m a baby boomer–which means I seem to be spending more time dealing with health-related issues–and you have this week’s Boomer Haiku post: made–up medical words and conditions!

Appendagitis: Inflammation of a protruberance that is typically smaller and of less functional importance than the main part to which it is attached

Cataractivism: Vigorous campaigning to reverse clouding of the lens of the eye

Clones disease: The overwhelming urge to replicate yourself in order to get things done when you’re overextended

Constipraytion: When your ability to communicate with a higher power gets stuck

Corollary archery disease: The arm and shoulder soreness that naturally follows shooting with bows and arrows

Costcoporosis: The formation of holes in and leaching of money from one’s wallet after joining a discount shopping club

Demenschacha: A forgettable ballroom dance with a person of integrity and honor

Direction problems: The issues that people with penises seem to have with asking for, reading or following instructions or guidance

Dumbititis (the “b” is silent): When you itch to slap someone for being stupid

Dumbolization: The process or state in which the flow of factual information is blocked or clogged by stupidity

Extranus: Ripped a new one

Glockoma—The inability to see a gun safety problem (the word “glockoma” exists out there in cyberspace, but this is a new definition)

Him-or-‘roids: The ultimatum some body builders give themselves, mistakenly believing they will look like the proverbial 98-pound weakling unless they take steroids

Hyperlippedemia: Excessively oversized lips as a result of too much dermal filler

John dis: To speak disrespectfully of or criticize a prostitute’s client

Matherosclerosis: Inability to understand arithmetic due to a restricted flow of comprehension

Minimally evasive: When one uses the least amount of prevarication necessary to dodge a question

Napolio: When you fall into such a deep sleep during a nap that you can’t move

New-money-a: An affliction affecting some rich people who recently acquired their wealth, characterized by ostentatiousness or a lack of good taste

Offthemallogy: The study of why people stop shopping at the mall

Oppositional deviant disorder (ODD): A frequent, persistent and childlike pattern of departing from usual or accepted standards in expressing disagreement with another person, as in “Donald Trump exhibits ODD anytime someone challenges him” (not to be confused with oppositional defiant disorder, from which he may also suffer)

Penal implant: Inserting a correctional institution into a community

Pursitis: Inflammation of a purse, causing a rapid outflow of the money it carries (“I spent so much on shoes because I had a bad case of pursitis”)

Spermutation: A genital sneeze, aka ejaculation (a variation of sternutation, which is from the Latin sternuere, “to sneeze”)

Stress incompetence: The inability to function under pressure

Therapeutic message: A communication that touches you and makes you feel better

Vernacular degeneration: The deterioration of language

There’s a phenomenon called “second-year medical student syndrome” in which medical students perceive themselves to be experiencing the symptoms of a disease that they’re studying. I have to admit that I’ve experienced this when writing about certain real-life ailments.

But while concocting a few health conditions for this week’s blog post, I got to wondering:

If a medical
malady is made up, can
you still have symptoms?

What do you think? Have you—or has anyone you know—experienced any of these made-up conditions? Got some of your own you’d like to offer up? Please share!

6 thoughts on “Call it what you will: Made-up medical words”