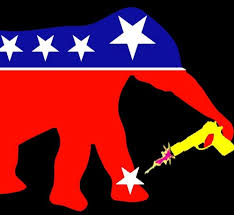 The most important story in the news yesterday came with the headline “Slur-Screaming Waffle Waitress Uses Confederate Flag To Attack Teen.” Say what you will, but when it comes to racism, this woman sure doesn’t waffle. In case you’re wondering, this is a different person than the Waffle House employee who put meth in a co-worker’s drink, sending him into a coma.

The second most important story in the news also involved race. The New York Times just reported on some startling numbers about the GOP relationship with Hispanic voters:

In 2012, roughly 18 percent of Latino voters thought Mitt Romney was “hostile” toward Hispanic voters. By 2015 that number had risen to 45%. Then Donald Trump showed up and started talking. And the percentage of Hispanic voters feeling the hostility soared to 65%.

When the plan is to pretend you actually care about a group of people to get their votes, this isn’t good news.

Whoever gets the GOP nomination will have to pivot away from angry waffle waitresses and try to win at least some of the Hispanic vote. I really hope Donald Trump gets the nomination. I can’t wait to see him doing photo ops in Taco Bell restaurants dressed like this: 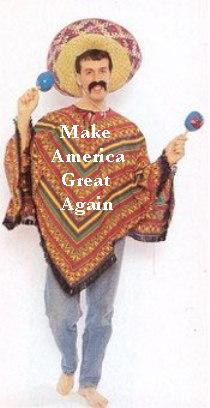 In the meantime, I’m staying away from waffle restaurants.

One thought on “Disorder In The House”