Skip to content
Recent Humor
Announcing a New, Politically Correct Name for the Washington Redskins
Scooter & Skipper and the Delayed Gratification Club
Spot on…
At the Pine-Woods Golf & Poetry Club
I’ll start the Facebook page. You get on Twitter… 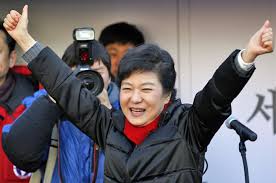 Why Park Geun Hye so happy alla time?  What she got to be happy bout, she who live in world’s worst tundra of human rights?  What misery must be there for her!  Maybe she believe smear campaign against me–despicable artifice that it is. 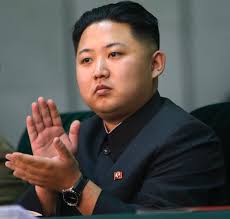 She repulse me and yet–she entice me.  Perhaps it is the corrupt camel toe of her lululemon yoga pants.  She just–I don’t know.  I go to state-of-the-art entertainment center to watch video of 80s German electropop hit Brother Louie for ninety-leventh time, that make feel better.

She at it again–put on moose antlers for some sort of happy dance.  Me, I got to sit in boooring meeting about getting US to pay tribute to keep me from bombing Hollywood.  I say, you give me $14.99 I pay for DVD of Incredible Burt Wonderstone, maybe I think about not destroying American film industry. 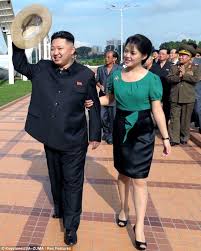 Geun, Geun, Geun–such pretty name, but she EVIL!  It is the despicable clinging of her moist dress shields that preventing unification of North and South!

I tell you, that lady better look out.  I see from press release of Korean Central News Agency she turning South Korea into one big, stinking US-stocked nuclear arsenal!  She better not push me.  My arsenal bigger than hers thanks to cost savings achieved through mass starvation.  People of South Korea may be fat and happy now, but as we say in the cafeteria at the Rogue Nuclear Nation Club, you can’t put a mushroom cloud on a spinach salad.

She pissa me off so much!  Still–I find myself strangely attracted.  Must be the sheer but scurrilous surface of her taupe panty hose.

Premier Choe Yong Rim think he funny guy, make crack I have “thing” for Park Guen Hye.  Get big big laugh in Cabinet meeting!  Today he found he no longer “premier”–now he bringing up “the rier”–ha!  I can make joke too!

He have lots of time to laugh about it in comfortable  4 x 6 x 8 foot cell for rest of life!

Available in Kindle format on amazon.com as part of the scurrilous collection “Viva North Korea!”

2 thoughts on “The Venomous Swish of Her Skirt”