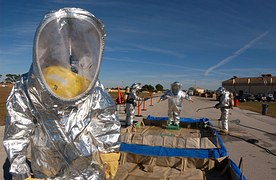 As I was scrolling through my email inbox deleting—for lack of a better word—crap, I came across an invitation from a “prestigious” online university inviting me to become part of our nation’s security team. According to the email, I fit the criteria for those brave souls who want to be on the front line of attack against terrorism.  I’m not sure who told them I fit that criteria, but someone somewhere got their signals crossed. I have to admit I was flattered that this prestigious online university approached me (and probably only 20 million other people) for this new Homeland Security degree. I was excited to be one of the “elite”  who, by the way,  might be your best hope for a peaceful and terror-free United States and/or North America.

At first, I scoffed at the idea of me battling political enemies, but then I pondered, “Why not me? I already have a dangerous profession. Being a writer presents life and death situations daily. For instance, more than once I cut my tongue on the knife I use to scoop the peanut butter out of the jar during my “inspirational” snack breaks.  And on numerous occasions, I slit my index finger on those plastic name labels that slide into the top of hanging folders. This might not sound like such a big deal, but a boo-boo index finger makes it tough to type and, therefore, difficult to complete writing tasks. And once I can’t complete writing tasks, life as I know it completely falls apart.

Confident in my bravery to face daily peril, I decided to investigate this possible new career path. It seems for a not-so-small tuition fee, I can matriculate towards an 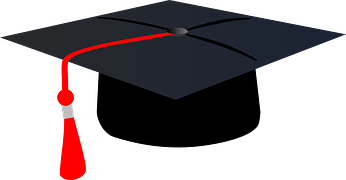 associates, bachelor’s or master’s degree in the new Homeland Security program, and with that sheepskin in my possession, I can protect men, women, children, pets and whatever else threatens our way of life.  With my new academic certification, I can then pursue work as a border patrol officer, a police officer or a hazardous material removal worker.

After reading the career options for this growing field, it occurred to me that the online educational institution indeed mixed up with some other Donna Cavanagh.  Why?  Well, let’s break it down: 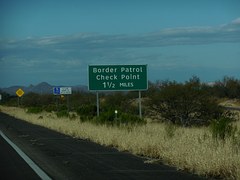 Border PatroI Officer: I live in Pennsylvania, and I don’t think my state is hiring border patrol officers. I know we abut New Jersey, Delaware, Maryland, New York, Ohio and somehow West Virginia, and while I could be a toll taker on a bridge that connects Pennsylvania to one of these states, I don’t think that position requires me to be an expert in capturing dangerous criminals or drug cartel leaders. Plus with E-Z Pass, I might not have to be present to do my job anyway, so what kind of security would I be? While it’s possible that some ne’er-do-wells might try to come into our fair commonwealth via our bordering states, I think the regular police or  FBI or NCIS or CSI or any other alphabet group would present a much better threat than me.

Police officer:  No police department anywhere wants a middle-aged rookie cop who needs oxygen after three miles on the treadmill.  Hiring me would be scraping the bottom of the crime fighter barrel. In fact, hiring me might be scraping the sub-bottom of that barrel, and I think our nation’s security deserves better; I think the police deserve better. Hell, I think the bad guys deserve better.

Hazardous Material Removal Worker:  I can’t clean up vomit without getting an attack of the dry heaves, so I think the odds of me handling biochemical weapons, toxic waste and other gross stuff are long at best.  And then there are those hazmat suits. I wouldn’t be caught dead in those outfits. They are ugly and look rather uncomfortable. If they could come up with a nice leggings/tunic ensemble for the removal work, I might change my mind

Disappointed that a career in Homeland Security was not in the cards, I emailed back the Dean of the online university and thanked him for the lovely invitation to embark on this new academic adventure. I was polite; I didn’t want to burn any bridges. I explained that while a degree in Homeland Security is truly for the brave, it might not be for me. I asked him to keep me on his mailing list, and if one day, his university offers a degree program in say…texting without mistyping or changing the settings on my iPhone, I’ll enroll. Now, that would be worth the tuition.